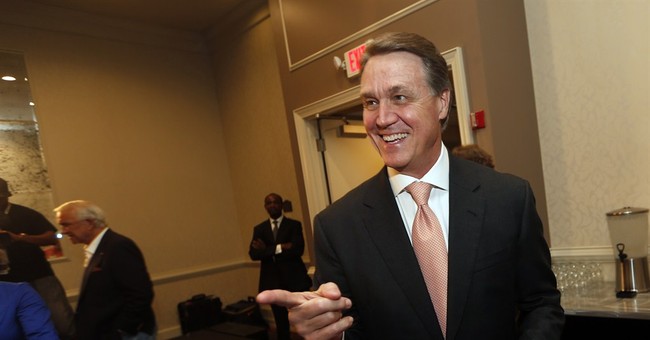 Nate Silver, the statistician whose 2012 Senate predictions proved 100 percent accurate, calculated that the GOP had an overall 74.5 percent likelihood of winning (43.5 percent chance on Nov. 4 + 30. 9 percent on Jan. 6). Thankfully, we won't have to wait until a January runoff for the results.

The president lost Georgia in both the 2008 and 2012 presidential elections, and today, 56 percent of the Peach State’s likely voters disapprove of his work.