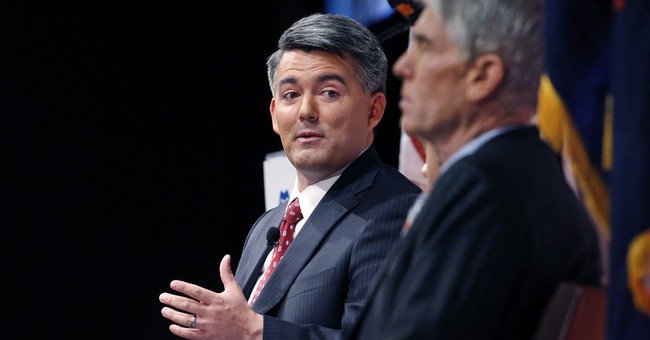 Colorado is one of the epicenters of the United States for big-game hunting and gun owners are not shy about vocalizing their Second Amendment rights.

Remember the 2013 recall? Colorado State Senators Angela Giron (D) and John Morse (D) were given the boot for their gun control votes and replaced with Republicans.

With only 25 days until the midterm elections gun owners are making their support for Rep. Cory Gardner (R) unequivocal. Fifty-six percent of gun owners claimed they would vote for Gardner if the elections were held today according the latest Fox News poll (which sampled 739 Colorado likely voters). Only 26 percent backed Udall.

And it is little wonder, the NRA gave Udall an ‘F’ for his pro-gun control voting record. Udall voted to allow licensed concealed carry holders to travel across state lines in 2009, then in 2012 voted against it.

Udall also came out in 2012 in support of a ban on so-called ‘assault weapons.’ In a statement he referred to gun ownership as a “tradition” rather than calling what it is, a Second Amendment right.

Gardner and Udall were asked this question during the Denver Post debate Tuesday:

Colorado has been home to the Columbine and Aurora movie theater shootings, two tragedies that caused Americans to consider stricter gun laws. When it comes to the Second Amendment, what values would guide your approach to future federal gun legislation and how does that differ from your opponent?

Watch the three minute clip below to hear their responses: