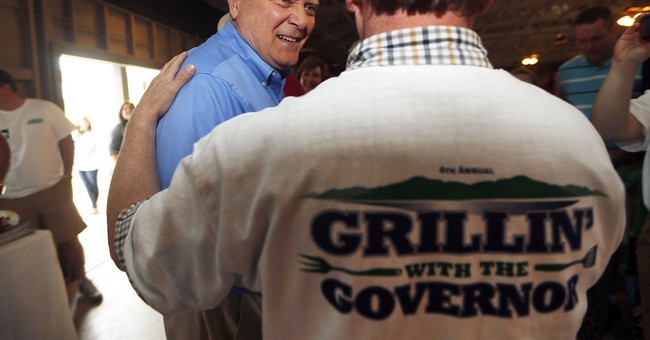 Republican Gov. Nathan Deal has distanced himself from democratic opponent Jason Carter with a six-point lead, the largest surge to date according to a recent Rasmussen Reports poll. Another poll from Public Policy found that 46 percent of Georgians claimed that if the elections were today, Deal would be on their ticket.

The gap between the candidates is also being exacerbated by recent a attack ad against Carter. The Atlantic Journal-Constitution wrote Monday:

You’ll have to forgive Jason Carter if he’s sporting a bruise or two today. With a mere four weeks to go before the final ballots are cast, Gov. Nathan Deal and his friends are unloading on him.

The Republican incumbent’s latest attack ad is as strong as the volley of TV spots funded by his outside supporters — so tough that the Deal campaign hasn’t made it available on YouTube. It calls Democrat Jason Carter a “silver-tongued politician” with a “gift of gab.”

Gov. Deal has defended the integrity of the accusation:

"Politics is a contact sport, and if you’re gonna give it you better be prepared to receive it. I don’t think our ads do anything other than point out the truth. You cannot make promises to the people of Georgia that you know you cannot live up to without raising taxes.”

Stay up-to-date with the latest on this race by visiting our Poll Tracker.