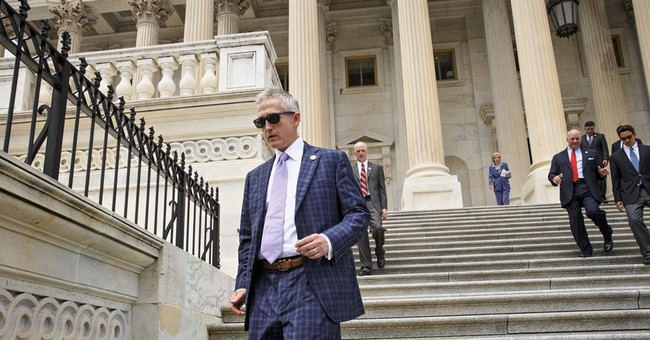 “One thing this Congress is not short on is investigations into what happened before, during and after the attacks in Benghazi,” former press secretary Jay Carney claimed. However, a new Washington Post-ABC News poll revealed that not everyone agrees.

Americans actually believe there is a need for a deeper probe into the attack.

Seven separate congressional investigations have been looking at this since 2012, including the House Oversight and Government Reform Committee, the House Armed Services Committee, House and Senate Intelligence Committees, the Senate Foreign Relations Committee, and the Senate Armed Services Committee. All told, these investigations have consumed 13 hearings, 50 member and staff briefings, and over 25,000 pages of documents….The facts of yesterday are the facts today, and they will be the facts no matter how often or for how long Republicans engage in highly partisan efforts to politicize what was a tragedy -- a tragedy that led to the deaths of four Americans, brave Americans serving overseas, representing the United States of America.

However, the poll also revealed that 58 percent of the Americans surveyed are highly skeptical of the Obama Administration’s honesty in the investigations. The majority believe facts have been brushed under the rug for the Administration’s convenience.