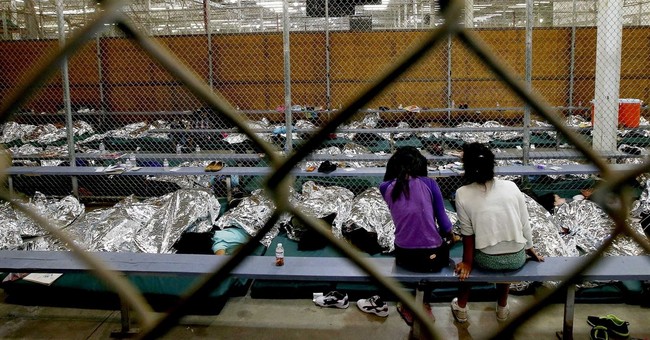 After liberal activists on Twitter and members of the mainstream media were forced to eat their own words after they sounded off on President Trump and his administration for an Obama-era photo of migrant children, liberal activists continue the trend of spreading false narratives. ABC 13 Houston’s Antonio Arellano tweeted a photo of a bus at the Karnes County Residential Center with child seats installed, claiming that President Trump authorized these ‘prison buses’ for migrant children.

This viral tweet by an @abc13houston employee is still up. The biggest names in media have fallen for it.

1) This happened under Obama in 2016.
2) It clearly says in the article that it was for educational field trips provided by a charter school.https://t.co/iOhPXwhGP5 pic.twitter.com/TNgOjVAk37

To everyone’s surprise, this liberal activist reported a completely false story which was two years old. These buses, equipped with seats for babies and young children, are subsidized to transport children ages four to 17, who are enrolled in educational programs, to off-site field trips. This unique program works in conjunction with Immigration and Customs Enforcement (ICE), and was a product of the Obama Administration.

These notorious opponents of the Trump Administration, including former staffers for President Obama, will stop at nothing, even reporting blatantly false narratives, to bash President Trump. Ironically, liberals who claim to champion all minority groups will all quickly delete their tweets in defense of illegal immigrants, once they figure out that President Trump is not to blame. Liberals in the mainstream media seem to only care for migrants and illegal immigrants when they can use these people as a crutch to vilify President Trump.