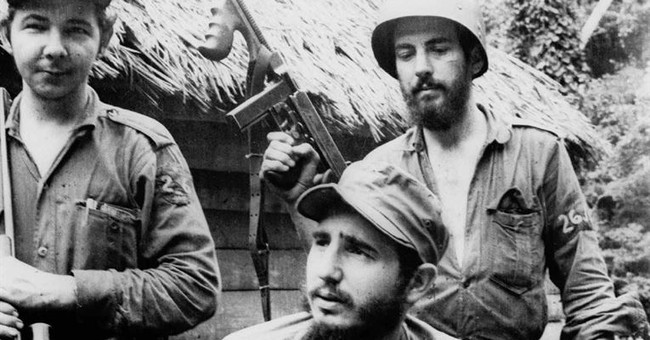 Let’s move on from the 2020 election for a second. In four years, we’re going to have another presidential election and many more after that. In the interim years, we have the midterms. And while this cycle will continue, the Democratic Party’s leftward lurch will probably become more explicit. Sen. Bernie Sanders (I-VT) wasn’t successful in clinching the Democratic nomination in 2016 or 2020. He has a following. He has a devoted base, but black Democrats in the south were the firewall against a total socialist takeover. That will not last. There will be a Democrat of the Sanders-Alexandria-Ocasio-Cortez mold who will be able to do well enough with this key demographic south of the Mason-Dixon line to win the nomination. Will that be in 2024, 2028, 2032? We shall see, but a recent poll from the Victims of Communism Memorial Foundation does not bode well. It not only highlights a threat to the country, but also zeroes in on how our education system has either a massive blind spot or has totally failed in educating younger generations about the authoritarian, corrupt, and murderous history of far-left politics.

Socialism is on the rise and on the move. In a press release that accompanied the poll, Marion Smith, Executive Director for the Victims of Communism Memorial Foundation, said, “In a year where Bernie Sanders and lawmakers such as AOC and The Squad normalized socialism as top-tier politicians, and young Americans have taken to the street to protest inequality, it’s clear socialism, communism, and Marxism have a new appeal to Americans,” he said. On the education front, he warned, “when one-in-four Americans want to eliminate capitalism and embrace socialism, we know that we have failed to educate about the historical and moral failings of these ideologies.”

Some of the brief overviews of the survey show that 40 percent of Americans view socialism favorably, which is a four-point increase from last year. Among those in Generation Z, favorability ticked up nine-points resting at 49 percent. It was 40 percent in 2019.

Yet, most concerning is that 26 percent of Americans support the phased elimination of the free market system in the United States. They want to replace it with a more socialist model. That radical shift is supported by 31 percent of those in Gen-Z and 35 percent of Millennials.

There are other troubling signs, but the conclusions are clear. Socialism has a strong foundation among the American electorate, which is bound to grow unless confronted. That is not going to happen immediately, and it could be a long slog. The institutions of higher education are quite fond of cultural Marxist nonsense and favorable analyses of these butcher governments. This is a long war here, educationally speaking. It will take time and patience and an all-out assault within the institutions of learning who undoubtedly gloss over the Everest-sized death tolls that came out of Mao’s Great Leap Forward and Stalin’s gulags. In fact, one ironic aspect of the history of communist China is that when Mao died in 1976, Deng Xiaoping eventually took over and led to a massive period of growth in China by instituting…market reforms.