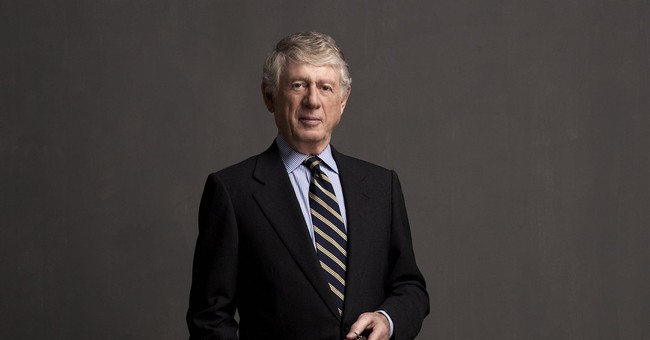 Who knew veteran journalist Ted Koppel could be a savage man. During an episode of The Kalb Report on October 1 at the Washington D.C. National Press Club, Koppel’s observation about journalism in the Trump era triggered CNN’s Brian Stelter, who was part of the panel, as he suggested that Donald Trump was the reason why the network was doing so well. The claim was something that Stelter was not happy with, especially since Koppel said that CNN would be lost without Trump and that it couldn’t do without him. The final straw was when Koppel said that CNN’s ratings “would be in the toilet” without Donald Trump. The basis for this exchange was off of the veteran journalist noting that, despite the elite media’s hatred of the president, Trump is good for business (via Mediaite):

CNN is loaded with talent. That includes @brianstelter.

During a Monday panel discussion, Koppel began by pointing out that top media moguls like former CBS chief Les Moonves have acknowledged that despite the chaos, Trump’s candidacy and presidency have been financial beneficial to the press. But Stelter challenged Koppel’s not-so-subtle undertone about how much the media relies on Trump.

“CNN’s ratings would be in the toilet without Donald Trump,” Koppel doubled down.

Koppel then shifted the conversation away from “sensitive” CNN to ask if there was any time of day where MSNBC is not obsessed with Donald Trump or any aspect affiliated with his presidency? The answer is no. It’s Donald Trump all the time. So, when the president mocks the media by saying they’re going to miss him eventually due to their rating bumps, he’s probably not wrong. And the media should be reminded that this presidency is partially their doing; they gave the man $2 billion in free advertising—and the dividends have been immense.