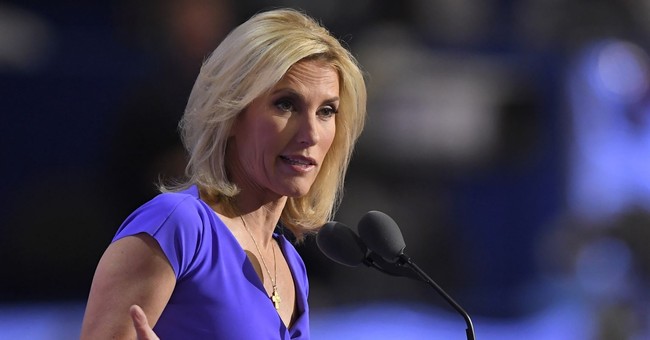 Love her or hate her Fox News’ Laura Ingraham should take a victory lap in her latest battle with the Left, specifically the anti-gun Left. Ingraham decided to take a swipe at anti-gun activist David Hogg, who’s co-quarterbacking the latest gun control push following the tragic February 14 shooting. He appeared to be struggling getting into colleges. He’s decided to take a gap year to help push his agenda for the 2018 midterms. Hogg decided to respond to Ingraham by leading a boycott campaign against the Fox News host.

Since Hogg entered the lion’s den to become one of the public faces for the new anti-gun movement, he complained about bullying. Now, he’s trying to bully those who buy ad time on Ingraham’s show. Over twenty decided to leave, a bit absurd since it’s not like these people didn’t know Ingraham was a conservative. Even comedian Bill Maher touched on the irony of Hogg bitching about bullying, while leading a campaign...that bullies corporate sponsors of the show. Maher is right that while this is also an exercise in free speech, it’s mobilizing social media mobs to silence opinions some on the Left view as intolerable—and that list is quite long. Fox News is standing by Ingraham, as they should. And now, after all of this hoopla, Ingraham’s viewership has increased 20 percent (via Newsbusters):

As of Friday, April 13, 27 companies had announced they would pull their advertising from the show, but one — Ace Hardware — announced it would resume its sponsorship of the Ingraham Angle, citing the “incomplete” information it had when it originally announced its withdrawal.

Other advertisers, such as MyPillow, issued statements defying the boycott and announcing their continued support for Ingraham’s show.

Ingraham’s viewers apparently feel the same way. Since Ingraham returned from vacation on April 9, total viewership of her program has averaged about 2.7 million (Monday through Thursday; Friday’s numbers are not available).

Compare that to the ratings from March 26 through March 29, the Monday through Thursday just prior to the boycott: That week, Ingraham’s total viewership averaged 2.23 million. The increase in her ratings since the boycott began is more than 20 percent.