This Is How Much Illegal Immigration Costs Per Year 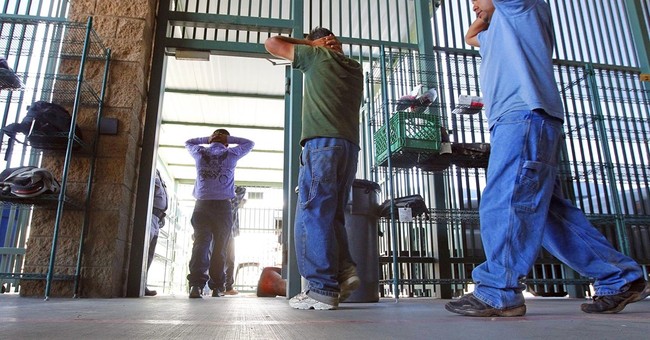 The acquittal of Jose Ines Garcia Zarate in the shooting death of Kate Steinle is a disgrace to justice. Zarate, known as Francisco Sanchez upon his arrest in 2015, was cleared on murder last week; he was found guilty on a gun charge. Zarate shot and killed Steinle as she was walking on a pier in San Francisco in 2015. He had been deported five times before, but always ventured back to San Francisco because he knew it was a sanctuary city. This shooting sparked a national debate about the sanctuary city policy, which the Trump administration has tried to tackle, threatening to cut off DOJ grants to cities who continue the policy that some see as offering a shield to illegal aliens and an obstacle to enforcing federal immigration laws. The courts have so far blocked such attempts.

So, what are the costs of illegal immigration?  Paul Bedard at The Washington Examiner had a breakdown. It costs the taxpayer between $89 billion:

Illegal immigration costs taxpayers in all 50 states a total of $89 billion, and California, where an illegal on Thursday was cleared of murdering Kate Steinle despite admitting to the shooting, pays the most at $23 billion, according to a new map of the costs.

When federal costs are included, the price tag nationally soars to $135 billion a year.

FAIR’s data also includes the offset of taxes paid by illegal immigrants, though the numbers are much lower. In the state and local column, they are $3.5 billion. Nationally they are $15 billion.

Illegal immigration is one of the issues that catapulted Donald Trump to the lead in the GOP primaries and an issue that proved critical to him winning the 2016 election. With these numbers and the outcome of the Steinle trial, you can see why.