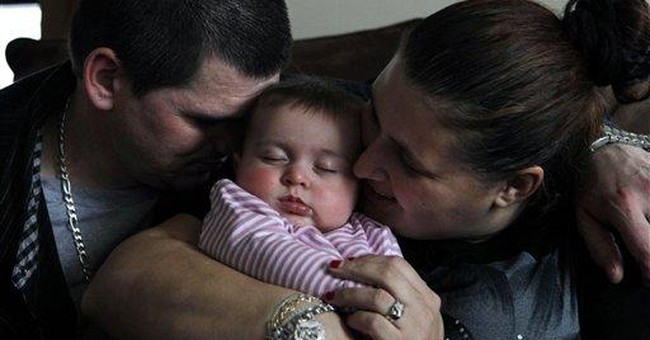 I admit to total ignorance on this issue, though it usually forms the basis of any crime drama story regarding missing or abused children in the media. It’s foster care, and how it’s failing our nation’s children. The basis for foster care is to make sure the well being of the child is properly maintained. It’s a good principle, but one that is lacking in today’s government-based system, which is fraught with failure.

Right now, there are over 400,000 children in foster care, with 24,000 aging out of the system every year. Seventy percent are placed into the system over neglect. The average length of time a child stays in the system is 717 days. The cost to taxpayers is between $25,000-30,000. Around 50 percent of the time the child is reunited with their families. It’s not a shining example of government in action taking care of those who have truly fallen on hard times. When it comes to children, I’m pretty sure both political parties will do all they can to ensure that the general welfare is being met adequately. Thus, isn’t it rational to have as many allies making sure that goal is met besides just saddling it with government-run Child Services? Yes, and there is an amazing organization that’s pitching in to help families that are in dire straits.

The Chicago-based Safe Families for Children (SFFC) began in 2002. It rallies the faith-based community to volunteer and open their homes and hearts to children whose parents are simply overwhelmed with hardship. Whether it is a medical emergency, lay offs, drug abuse, or domestic abuse, Safe Families’ goal is reunification. They also offer job-training programs for parents who are undergoing financial hardship. Katie Couric did a segment on this organization on CBS' Evening News in 2010, adding that there’s a stigma attached with parents giving up one’s child due to the severity of their circumstances. There’s guilt, shame, and feelings of inadequacy. Yet, at Safe Families, it’s more of an extended sleepover for the kids, as parents work to get back on their feet either by gaining new employment or getting sober.

Safe Families also has an impressive record of success. Families are reunited 90 percent of the time; the average length of a child residing with a host family is 45 days; and the average cost is $1,500. All efforts are privately funded.

Another positive aspect is that it’s volunteer-driven. Only the truly passionate are within the ranks of Safe Families. The host families are vetted, and do not have parental rights over their host child; that right still remains with the parents who can visit or pick up their child from a host family at any time. This dramatically reduces the risk of a child becoming lost in the system.

Furthermore, one could look at SFFC as a first-strike vehicle regarding family welfare. Usually, Child Protective Services arrive when a family's issues become overwhelming; SFFC is known to reach families before conditions reach a critical point. These conditions usually are based around homelessness, domestic abuse, drug abuse, or a medical crisis.

Yet, with success comes trouble­ in the form of government regulation concerning this humanitarian effort. The Child Welfare complex has allies who think SFFC is illegal, or must be regulated in order to continue its operations. There are 27 states where Safe Families are operating, but only three–Oregon, Wisconsin, and Oklahoma–have specific SFFC laws on the books.

Earlier this month, the Foundation For Government Accountability hosted a conference in Atlanta, Georgia that discussed this issue. They are dedicated to sustaining the SFFC model by promoting the Supporting and Strengthening Families Act in other state legislatures where SFFC has a presence. The bill protects the rights of the parents, bars host families from receiving compensation for their participation in SFFC, clarifies that SFFC is not foster care, offers limited decision making authority to the host family, and removes the stigma of asking for assistance.

When it comes to serving children, SFFC appears to be a better alternative.