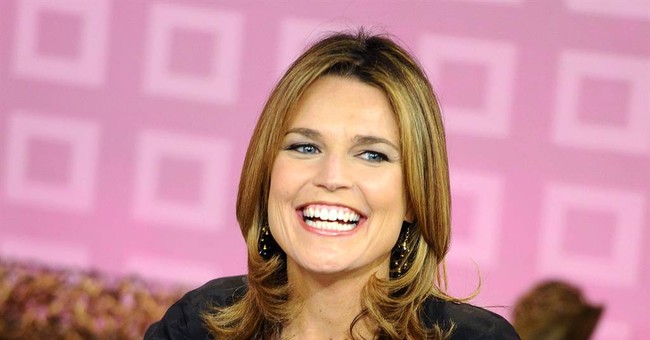 Over at Newsbusters, Scott Whitlock wrote about NBC’s Savannah Guthrie asking South Carolina Gov. Nikki Haley if it was time to “rethink” the Second Amendment after this horrific shooting that left nine people dead [emphasis mine]:

SAVANNAH GUTHRIE: I know the President called you yesterday. He then made some public remarks and he openly vented about mass violence and in particular gun violence in this country. I know you are a strong supporter of the Second Amendment. Is there anything about this situation that makes you think, okay, should we rethink? Is it time for some kind of change?

NIKKI HALEY (R-SC): Any time there is a traumatic situation, people want something to blame. They always want something to go after. There is one person to blame here. A person filled with hate, a person that doesn't define South Carolina. And we are going to focus on that person. I know President Obama has his job to do and he made those statements. But my job is to now get this state to heal and our focus, very much, is on those nine families. It's on the Mother Emanuel church family. It's on the AME family and it's on the people of South Carolina who are saying that one person doesn't define us. What's happening in churches now around the state, that defines us.

Of course, Guthrie, whether she knows it or not, captures the consensus of many on the left regarding gun rights. They want to strip the Second Amendment from the Bill of Rights. Given the composition of the state legislatures and the governorships, we don’t have to worry about such extreme actions for the time being. Support for gun rights has reached a 25-year high, with women becoming more involved with firearms. They’re lining up for their concealed carry permits across the country, and are the next "big thing" in the gun industry.

Lastly, not a single Obama initiative put forward after the horrific Newtown shooting in 2012 would have prevented Dylann Roof’s senseless act of violence.