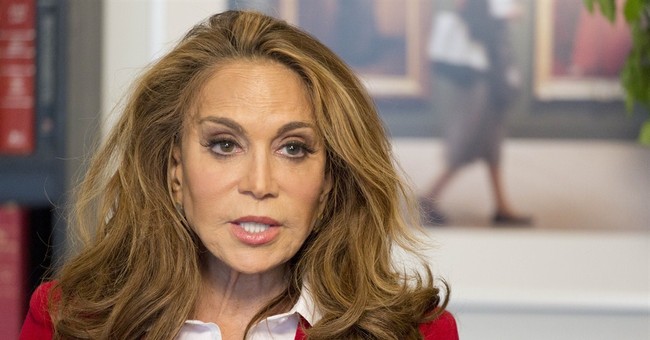 Steven Crowder and Digitas Daily have found this gem from a My Fox Detroit segment over the weekend, where Arab American News publisher Osama Siblani insinuated that Pamela Geller, who organized the Muhammad cartoon-drawing contest in Texas, was worse than ISIS. During the event last week, two would-be killers opened fire as they tried to get inside in the venue. Luckily, no one was killed, except for the two gunmen. Nevertheless, Pamela Geller is still the problem.

“Let me talk a little bit about ISIS,” said Siblani. “ISIS is a hate group, exactly like Pamela Geller. She draws killers. She makes killers. She is inviting killers to come in and disturb peace.” Robert Muise of the American Freedom Law Center immediately chimed in to point out that Siblani’s comparison is ludicrous.

“No, no that is so out of bounds, said Muise.” “You’re equating her to ISIS; you’re equating Pamela Geller to ISIS” to which Siblani replied that she’s “worse” than the terror group. Muise said that’s “absolutely absurd.”

The last time I checked, Pamela Geller wasn’t tossing gay men off rooftops, engaging in mass beheadings, or burning to death a captured Syrian pilot. The comparison is absurd, but Siblani seems to have no regrets about making the comparison, or saying Ms. Geller is worse than ISIS.

I'm having so much fun reading the tweets of an army of idiots that follow Pamela Geller and Robert Spencer. Hate mongers. #Islamophobia

I knew there were haters out there, I just didn't know they are multiplying. No thanks to Geller and Spencer hate monger. #Islamophobia

The Arab American News is the most widely circulated Arab American publication in the United States. According to their website, Mr. Siblani started the publication in 1982 after the Israeli invasion of his native Lebanon, citing the bias in which mainstream newspapers covered Middle East events.

Then again, while this is an absurd statement, Mr. Siblani has every right to say it. They’re his views, and obviously, Mr. Muise vehemently disagreed. That’s the beauty of the First Amendment. Absurd opinions can be expressed, but also judged and denounced by others who disagree with equal fervor.

The Church Has Spectacularly Failed the COVID Test…and the Faithful
Redstate
If your protest blocks and attacks a car, you’re going to get run down
Hotair