Primaries: So, What Problems Face Walker And Bush in 2016? 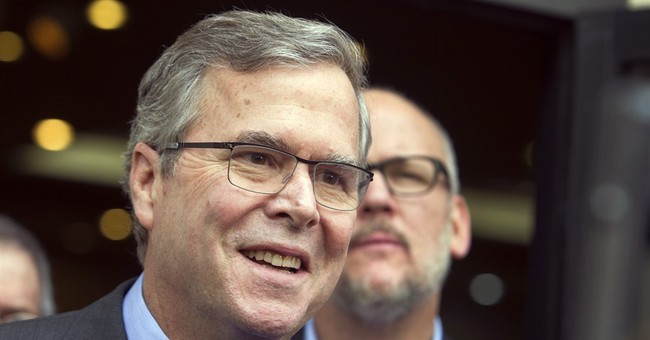 Both of these guys can raise a lot of money–Bush is certainly going to do that. One thing that Bush has going for him is name recognition, whereas Wisconsin Gov. Scott Walker is still largely unknown to the general public. With Republican primary voters, it might be a different story. While Gov. Walker seems to be animating the base–and Bush seemingly getting more eye rolls than praise–both men seem to be facing challenges for the 2016 season.

For Walker, he’s a governor, a conservative, and he’s successfully defended himself from the political left in a purple state. Moreover, he’s been able to get a conservative agenda through a purple state. His recent trip to New Hampshire saw him pressing many, but Nate Cohn throws some cold water on “Walker Mania:”

Mr. Walker might well prove to be a stronger general election candidate than Mitt Romney. That’s not a very high bar. But his electoral record — three wins in governor’s races in four years in Wisconsin, including a recall election — isn’t as impressive as it looks.

One could even argue that Mr. Walker’s performance was the least impressive of any Republican candidates for governor in the Midwest.

In neighboring and politically similar Iowa, the Republican Terry Branstad won election and re-election by a far wider margin than Mr. Walker.

To the east, in neighboring Michigan, Gov. Rick Snyder won by a similar margin in a more Democratic state, even though he also picked a fight with labor.

To the south, a Republican candidate for governor won the dark-blue state of Illinois.

Farther away, Republicans won Ohio by a huge margin and carried states more Democratic than Wisconsin, like New Mexico, Maryland, Maine and Massachusetts.

What allowed Republican candidates to run so far ahead of Mr. Romney? First was low midterm turnout. Republicans don’t really want to hear this, but much — though not all — of their success in 2010 and 2014 is simply a product of lower turnout. In the case of Mr. Walker, it probably explains about half of the extent to which he outperformed Mr. Romney in 2012.

The turnout in Iowa, a state with party registration and many political and demographic similarities to Wisconsin, is illustrative. There, despite the efforts of a vaunted Democratic turnout effort, registered Republicans outnumbered registered Democrats by a 6.8-point margin in 2014 — up from a 1.3-point margin in the 2012 presidential election.

That difference, a net 5.5 points in party registration alone, would largely erase Mr. Walker’s 5.7-point victory if it existed in Wisconsin. Moreover, Democratic modelers believe that the younger independent voters who turn out just in presidential elections are likelier to lean Democratic than midterm voters, suggesting an even wider midterm turnout penalty than the party registration figures suggest.

The balance of polling data is consistent with the theory that Mr. Walker benefited from off-year turnout. In pre-election polling, Mr. Walker was consistently locked in a dead heat among registered voters, but ended with a substantial advantage among likely voters.

Now, Cohn does credit Walker for his three election wins in the past four years, and says that this doesn’t take Walker out of the running for winning the nomination–or that he’s unelectable. He merely notes, “The case for his electability wouldn’t rest on his electoral record.” Also, he is a conservative, thus his rise to the nomination will ultimately provide Democrats with a lot of material against him. At the same time, Big Labor, Democrats’ best friend, has been unable to boot him from office; Walker was already on their hit list and that of the Democrats. Right now, Republicans have begun shooting inside the ship regarding Walker’s alleged flip-flopping on issues ranging from abortion to immigration. On a more positive note, Cohn added that taking on Big Labor probably isn’t a death warrant for Republicans anymore. Harry Enten at FiveThirtyEight wrote how Republicans will be looking for an electable conservative for 2016, and how presidential nominee historically tends to shift towards the middle for every term they’ve been out of the White House:

Past research indicates that presidential nominees tend to get more moderate for every term their party has been kept out of the White House. It may be that Republican primary voters will sacrifice ideology for electability given that a Republican hasn’t won the presidency since 2004. If that’s the case, Walker is probably in trouble. But if voters are willing to take a chance on someone very conservative who has an average electability record, Walker has a real chance.

It seems both outcomes are possible. Dan wrote about Hot Air’s poll showing Walker has a commanding lead amongst Republican voters nationwide. Jazz wrote that a WSJ/NBC News poll had Rubio and Walker with garnering the lion share of Republican support. Then again, Jeb Bush, who I guess represents sacrificing “ideology for electability,” also ended up as a top pick in that poll. Yet, I don’t know how Jeb Bush thinks he could survive by saying offering illegal immigrants a pathway to citizenship is the “the grown-up plan” on immigration.

Regardless, the former Florida governor is still putting his best foot forward in the lead up to a possible 2016 run. Yet, despite being at the top of the list in the WSJ poll, he’s seeing his support evaporate:

The number of GOP primary voters who say they “could see” themselves supporting Mr. Bush fell to 49% in the latest Wall Street Journal/NBC News poll, down from 63% in December – a 14-point decline. It was the biggest drop by far among any of the Republican potential candidates that were measured in both surveys, and suggests troubles ahead for him.

The big news for Mr. Bush between the December and March surveys was his announcement that he was going to “actively explore” a run for the presidency. He made that announcement on Dec. 16, just two days after the last poll was completed. Judging by the latest numbers, the people who will decided the next nominee aren’t impressed.

Again, both sides can brush off these polls since it’s super early to be looking into the crystal ball, but it does leave us with some questions about the leading candidates thus far. Why does Bush feel the need to stick his head in the crocodile’s mouth by peddling immigration talking points that he knows are probably unpopular with Republican primary voters? Gov. Scott Walker said he would leave the nonsense the media throws at him on the sidelines, but how will he handle attacks from fellow Republicans, especially when more candidates declare their intentions?  The media is already reporting on their opposition memos. In some fashion, he'll have to address the media, ignoring it a la Romney isn't the best choice.  We all saw that in 2012; it was torturous. So far, Walker hasn’t stumbled in the media too badly, but his comments at CPAC about being able to take on ISIS because he successfully routed wild, lefty public sector unions in Wisconsin probably wasn’t the best choice of words.

Walker did neutralize a potentially damaging issue with Iowa voters by rejecting a casino project in Kenosha last January.

Again, nothing disqualifying here. It's just something to think about since every candidate (of course) has flaws.