Obama Targets Americans At The Pump 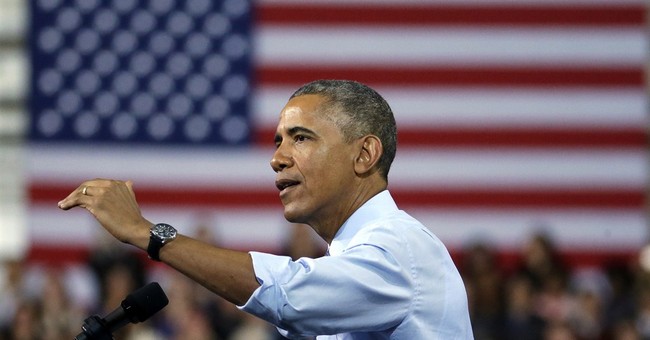 Last week, the Obama administration announced it was proposing new rules for methane regulations. The Environmental Protection Agency will unveil the new regulations this summer.

The Obama administration’s goal is for methane emissions to be cut 40 to 45 percent by 2025. Yet, it was unclear how such an objective could be achieved, given that methane escaping from pipelines wouldn’t be subject to regulation, according to Politico. As Erik Telford of the Franklin Center wrote, this regulatory onslaught will only hurt Americans and small businesses; not to mention that the energy industry has taken steps to reduce emissions:

According to the EPA, methane accounts for about 9 percent of all U.S. greenhouse gas emissions from human activities, making it the second most prevalent greenhouse gas emitted in the United States. It’s also the primary component in natural gas, which has helped lower energy prices substantially in the U.S. and around the world.

In fact, the boom in natural gas production is a key factor driving down prices at the pump and giving Americans a much needed respite after an extended recession. And experts have predicted that prices will drop even lower--anticipating an average of $2 a gallon by spring of 2015. However, those forecasts may not be accurate if the administration has its way.

The energy industry has reduced methane emissions by at least 16 percent since 1990, despite impressive increases of natural gas production--rising 37 percent during the same period. Furthermore, despite the natural gas industry being the target of the administration’s latest attack, more than 71 percent of methane emission are produced by other sources.

As energy costs increase for small businesses and prices start rising at the pump, it should be very clear to everyday Americans that Obama’s incursion on the energy industry is really an attack on them.

“The Obama administration’s latest attack on American energy reaffirms that their agenda is not about the climate at all—it’s about driving up the cost of producing and using natural gas, oil, and coal in America. The proof is in the EPA’s own research on methane, which shows that this rule will have no discernible impact on the climate. Like most of the regulations coming out of this ideologically driven EPA, the environmental benefits of this new methane rule are virtually non-existent, but the economic costs for American families are very real.

“In 2012 President Obama dismissed and mocked the notion that we could drill our way to lower oil and gasoline prices. He was wrong. Thanks to increases in oil production on private and state lands, Americans are feeling some relief from high energy prices. Today, this administration has issued yet another crushing regulation aimed at driving energy prices right back up again.”