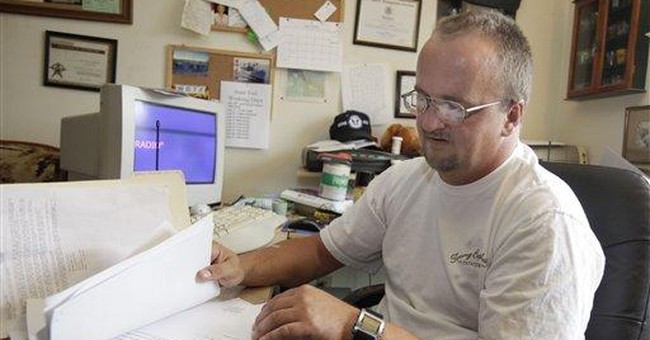 In 2012, the Department of Health and Human Services estimated that 72.2 million Americans were receiving Medicaid benefits for at least a month. Medicaid is a government health insurance program aimed at helping the poor and disabled.

Enrollment into the program is going up dramatically, according to the Institute for Policy Innovation (IPI). Both Medicaid and Children’s Health Insurance Program (CHIP) are up 15 percent, or 8.7 million people, since Obamacare began enrolling people in the fall of 2013; states that expanded Medicaid coverage are seeing 22 percent growth or more.

For many states, Medicaid is the largest item of their budget. Total Medicaid spending in 2012 was $432 billion dollars, with the federal government providing $250 billion; states are responsible for the rest.

This image courtesy of IPI

Illinois and Pennsylvania were the two case studies the IPI used to illustrate Medicaid reform:

As Illinois entered its 2013 fiscal year, the Medicaid budget faced a shortfall of $2.7 billion. The state had begun implementing some of the reforms that other states are incorporating, such as shifting more Medicaid recipients into private sector Medicaid managed care organizations (MCOs), but it needed to find even more savings.

In response, Illinois state Representative Patti Bellock garnered bipartisan support to pass the SMART Act in 2012, which included several Medicaid reforms. One of the most important of those was a provision to establish the Illinois Medicaid Redetermination Program (IMRP) to "redetermine" if Medicaid enrollees were still eligible to participate.

And it did just that. Maximus recommended removing 249,912 cases by the end of February 2014, according to the state.5 By law a state employee has to review the recommendations and decide if cancellation is appropriate. The state removed 148,283 cases (representing 234,000 individuals) from the Medicaid rolls.

However, the American Federation of State, County and Municipal Employees (AFSCME) filed suit claiming that most of the work should be done by state bureaucrats, and a federal judge agreed. Although the outside vendor is still involved, it’s role has been reduced significantly. Even so, the state has continued to identify people who should be dropped from the Medicaid rolls. According to state data, 173,469 Medicaid cases have been cancelled between February and September.6

Not all of these cancellations are the result of fraud. Many simply did not respond to the state’s repeated inquiries.

And the Illinois audit found that more than 8,000 dead people were still on the state’s Medicaid rolls.

As for Pennsylvania [emphasis mine]:

The Keystone State also cut its rolls, but with a somewhat different approach. After introducing several Medicaid cost-saving measures as Rhode Island’s secretary of Health and Human Services, Gary Alexander went to Pennsylvania as secretary of the Department of Public Welfare to tackle both Medicaid and welfare.

In July 2011, the Pennsylvania legislature passed broad legislation intended to weed out waste, fraud and abuse in the state’s welfare system to get welfare spending under control. Rather than turning to an outside group, Alexander hired someone to manage his Enterprise Wide Program Integrity Initiative to ensure that people on the welfare rolls, including Medicaid, were actually eligible for the program. Within 18 months some 220,000 people were removed from the welfare rolls, saving the state about $710 million, according to Alexander.

IPI noted that states are required by law to conduct audits of their Medicaid programs, but rarely do people get removed from the rolls.