Hagan: Yes, I Missed An Armed Services Hearing To Fundraise 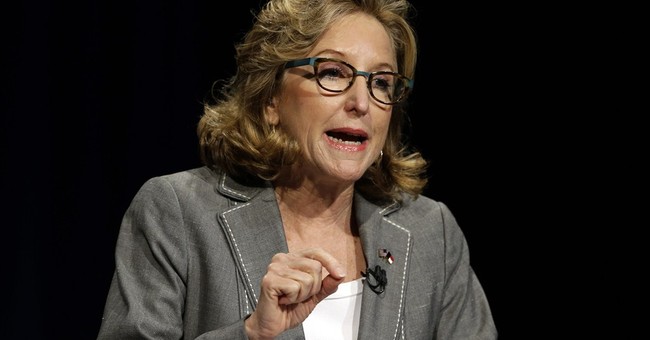 If there was one takeaway from last night’s debate, it’s that North Carolina voters know that Sen. Kay Hagan missed an Armed Services hearing to attend a fundraiser. Yet, the incumbent Democratic senator told the press that her Republican opponent, Thom Tillis, also faced similar controversy; the only problem is that the North Carolina state legislature isn’t fighting ISIS.

There was one and what had happened at that hearing, it was scheduled early in the day, and then votes were scheduled, and that hearing then had to be postponed later that day, so yes, I did miss that one, but you know what? Speaker Tillis' hometown newspaper called on him to resign, because he missed so many days in the legislature because he was out fundraising.

This allegation was made towards the end of last month, with the Hagan campaign refusing to answer questions about whether she skipped a classified February hearing on ISIS to attend a fundraiser in New York.

Her Republican opponent, Thom Tillis, slammed her in an ad, saying she “missed half the Armed Services Committee hearings this year;" a claim that was vetted by PolitiFact as mostly true.

Today, Hagan responded with this ad pushing back against such allegations.

This admission will surely make its way into attack ads as the 2014 cycle comes to a close–and it should.