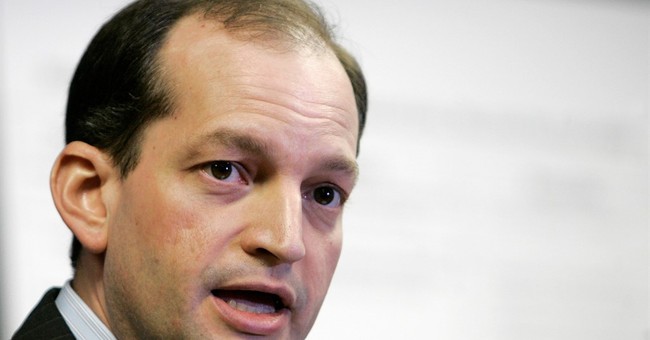 The Trump administration is looking to consolidate parts of the federal government and will make a proposal to merge the Labor Department and Education Department, according to a new report in the Wall Street Journal.

The White House plans to make the announcement Thursday morning, but the move would require congressional approval, thus making its future uncertain.

[I]t isn’t clear that lawmakers have the appetite to undertake a far-reaching reorganization, especially at this point in the political calendar.

Lawmakers have shown reluctance to embrace such plans in the past, and Congress has limited time for major legislation before the November midterm elections. Previous proposals to eliminate agencies, including the departments of education and energy, have made little headway.

Streamlining the executive branch has been a longtime conservative goal. The new plan also meshes with the administration’s priority of retooling higher-education programs to train students more directly to join the workforce. (WSJ)

The Education Department is one of the smallest agencies in the federal government with roughly 3,900 employees while the Labor Department has 15,000.

According to Labor Secretary Alexander Acosta, the two departments have been working closely together for the last four years.

“Since the passage of the Workforce Innovation and Opportunity Act, the department is working closer than ever with the Department of Education to align workforce education programs, plans, and performance requirements,” Acosta told lawmakers last year.