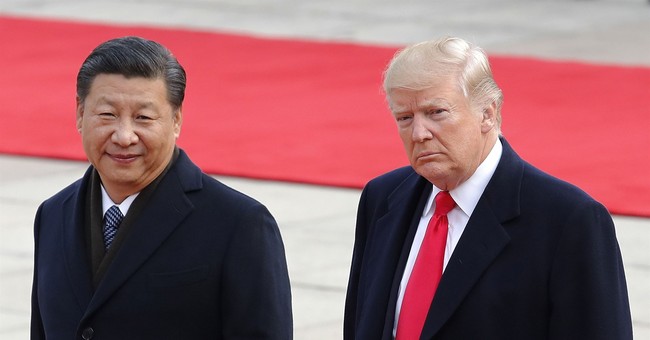 China has been caught red-handed illegally selling oil to North Korea, thanks to U.S. spy satellites, which captured images of the deals roughly 30 times since October.

The U.S. Treasury released the photos showing ships from both nations trading oil illegally in the West Sea.

North Korea was barred in September by the United Nations Security Council from importing natural gas and had its crude oil imports capped in response to Kim Jong Un’s nuclear missile program.

The U.S. Treasury in November also sanctioned North Korea’s Maritime Administration and its transport ministry, in addition to six North Korean shipping and trading companies and 20 of their vessels, in an effort to block the rogue regime’s transportation networks.

The satellite images appear to identify the ships. One of them — Rye Song Gang 1, seen “connected to a Chinese vessel” — was included in the Nov. 21 sanctions as a vessel of Korea Kumbyol Trading Company possibly transferring oil to evade sanctions.

While Russia exports some oil to North Korea, China is the main source of oil for the rogue nation, according to Reuters. (Fox News)

Robert Kelly, a professor of political science at South Korea’s Pusan National University, told The Telegraph that the reports are plausible.

“There is a lot of under-the-radar on the Chinese side. Beijing does not police the border strictly or enforce the sanctions toughly. This could be that,” he said.

According to the most recent Chinese customs data released Tuesday, the country did not export gasoline, jet fuel, diesel or fuel oil to Pyongyang in November.