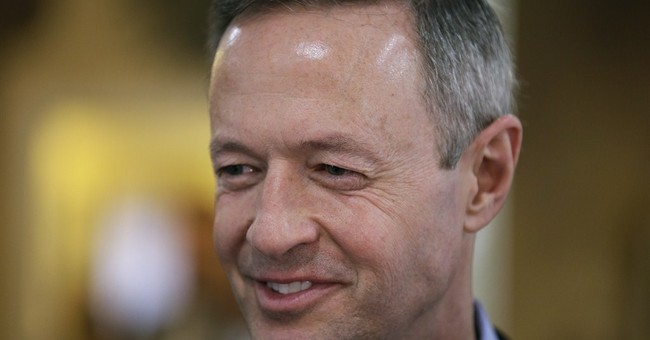 Hillary Clinton may be her party’s frontrunner right now but that doesn’t mean Democrats and Independents are happy about it. In fact, according to a recent Bloomberg poll, 72 percent of Democrats and Independents want to see a serious challenger jump in the ring on the left. Could it be former Maryland Gov. Martin O’Malley, who on Thursday took shots at the former secretary of state for flip-flopping on immigration reform and gay marriage?

O'Malley was asked about his potential rival's stances on those issues at an event hosted byThe Guardian newspaper at Harvard University's Institute of Politics.

“I’m glad Secretary Clinton’s come around to the right positions on these issues,” O’Malley said, according to a report in The Guardian. “I believe that we are best as a party when we lead with our principles and not according to the polls.

“Leadership is about making the right decision, and the best decision before sometimes it becomes entirely popular," he added.

During her 2008 White House run, Clinton was reluctant to take a firm stand on the issue of giving a driver's license to illegal immigrants.

She also did not endorse same-sex marriage during that earlier run. But in 2013, she announced her support for gay marriage in a video message for the Human Rights Campaign. On Wednesday, Clinton also urged the Supreme Court to recognize a right to same-sex marriage nationwide.

And this isn’t the first time he’s made such remarks. Last month, referencing Clinton and Jeb Bush, O’Malley said the "presidency is not some crown to be passed between two families.”

But is he the serious challenger Dems are looking for? Not at this point, at least. O'Malley consistently ranks poorly (if he ranks at all) in the polls and it doesn't look like we're going to see a drastic reversal anytime soon.

Regardless, O’Malley said he will make a decision as to whether or not he’ll run for president by late May. Stay tuned.