Awesome: New Bullet That Can Change Direction Developed For Military 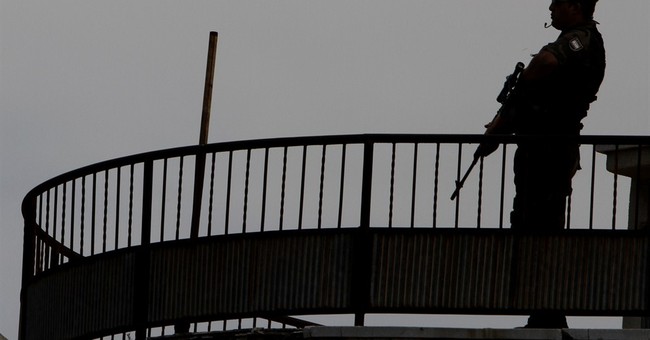 Afghanistan’s climate can be a tough place for members of the military to work. And for snipers in particular, the wind and dusty terrain can make their job all the more challenging—but maybe not for long.

“The objective of the EXACTO program is to revolutionize rifle accuracy and range by developing the first ever guided small-caliber bullet,” DARPA officials said in a statement this summer accompanying a YouTube video. “The EXACTO .50-caliber round and optical sighting technology expects to greatly extend the day and nighttime range over current state-of-the-art sniper systems.”

Stars and Stripes has more:

DARPA’s statement announced that testing had been successful, a historical first. The video shows two rounds of testing, in February and April. A bullet was deliberately fired off target both times, then changed path. In the second test, it appears to have struck the intended target.

Snipers generally operate in two-man teams — a shooter and a spotter — who have to make adjustment for a number of factors once they’re in position. […]

The Defense Department thinks it is “critical” that snipers engage targets faster and more accurately, which will likely increase safety by concealing their location longer.

DARPA hopes to give them EXACTO soon.

The program’s second phase, completed over the summer, provided a number of improvements, and the current phase will focus on a system-level live-fire test and further refinements, the statement said.

While this top-secret technology may be helpful in taking down more terrorists, weapons experts do have concerns about the new program.

[Ted Gatchel, professor emeritus at the Naval War College and expert in amphibious warfare, fortifications and small arms] also saw potential pitfalls in inserting technology into an arena marked by rough terrain, rain and sand. He used the analogy that a map will still work with a bullet hole in it, while a tablet or a computer might not.

“You still need to train these snipers in the traditional methods,” he said. “Right now, sniping is a real precise art.” […]

The ability of the enemy to come up with effective countermeasures must also be taken into consideration.

In World War II, the Germans employed a radio-controlled bomb called the Fritz X, Gatchel said, that sank the Italian battleship Roma and damaged a number of ships during the Allied landing at Salerno. Within just a few months, the Allies had developed a means of jamming the radio controls, thus rendering the bombs ineffective.

And some weapons are so lethal that fears over the enemy capturing them and either reverse engineering or developing countermeasures can limit, or outweigh, their use.

While the concerns about EXACTO are certainly valid, the new program is worth a shot nonetheless. The fewer terrorists the better.