Poll: Majority of Americans Don’t Want to Press 1 for English 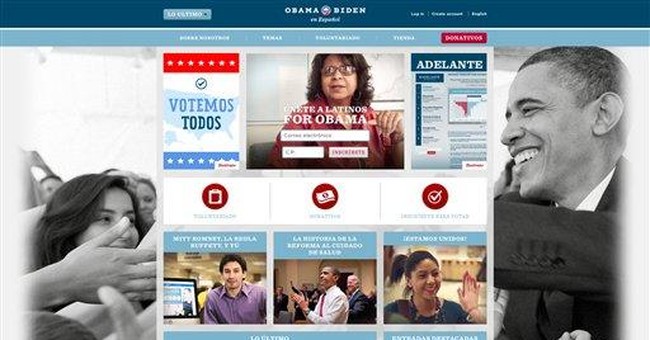 While the demographics of America have been gradually changing over the past few decades, a major shift is expected in the next 50 years, according to Pew. As things currently stand, however, the debate over whether English should be America’s official language is already heating up.

In the past year, we’ve reported incidences of a principal being fired for asking that English be spoken in the classroom, as required by state law, and more disturbing, the federal government sued a private business earlier this summer, claiming that the company’s English-language requirement amounts to “discrimination.”

Although the United States does not have an official language, 83 percent of Americans think the federal government should take that step in favor of English, according to a new Rasmussen survey of 1,000 adults. Only 10 percent disagreed.

Thirty-one states across the country have already taken this step. Five more states are hoping to make English their state’s official language this year, reports Rasmussen.