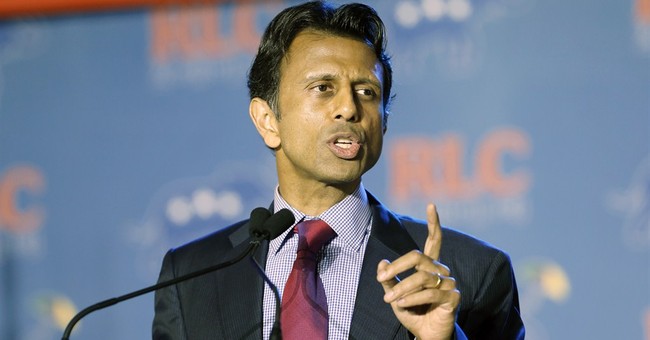 Fox News’ Sean Hannity sat down with Louisiana Gov. Bobby Jindal on Thursday at the Republican Leadership Conference to talk about the accomplishments conservative governors have made across the U.S.

Washington can actually learn a lot from states if they want to—it’s just common sense, Jindal replied. Lawmakers inside the beltway always talk about the things they can’t do, like cutting spending, repealing Obamacare, enforcing term limits, cutting taxes. “All that’s ridiculous. At the state level, we’ve done those things,” he said.

The conversation then switched to trust. Jindal said that conservative governors actually understand and trust the American people. The Obama administration, however, doesn’t seem to trust the public to choose their own insurance, or their child’s school, for example.

“When we met with him as governors, I asked him, why don’t you give the states more influence on accrediting higher education, to bring more competition in the marketplace?” Jindal said.

“Here’s the insulting thing: In a room full of Democratic and Republican governors, basically, in so many words he said, ‘We can’t trust states. We can’t trust governors to protect their own people.’”

Given the Obama administration’s efforts going after states for their voter ID and immigration laws, for example, Jindal’s claims aren’t that hard to believe.