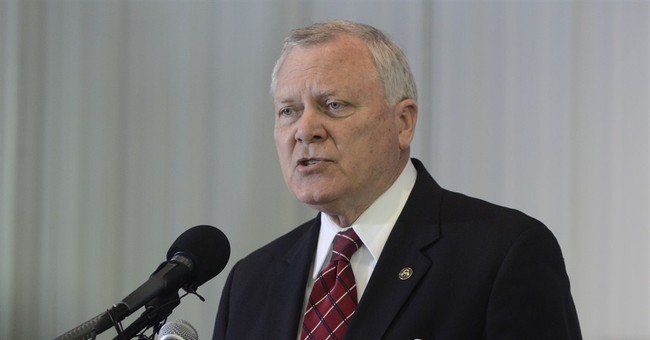 Georgia Gov. Nathan Deal (R) signed a right-to-carry bill into law on Wednesday that allows weapons in some government buildings, places of worship, bars, and under certain circumstances, school zones—making it the “most comprehensive pro-gun bill in state history,” according to the NRA-ILA.

Under House Bill 60, also known as the Safe Carry Protection Act of 2014, school districts will get to decide whether to allow authorized personnel to carry weapons within school safety zones under certain circumstances.

In addition, church leaders will be able to decide whether to allow licensed gun owners to bring weapons into their place of worship. The law also removes fingerprinting requirements for renewal licenses.

“This legislation will protect the constitutional rights of Georgians who have gone through a background check to legally obtain a Georgia Weapons Carry License,” Deal said in a statement.

“Roughly 500,000 Georgia citizens have a permit of this kind, which is approximately 5 percent of our population. License holders have passed background checks and are in good standing with the law. This law gives added protections to those who have played by the rules – and who can protect themselves and others from those who don’t play by the rules,” he added. “Our nation’s founders put the right to bear arms on par with freedom of speech and freedom of religion. Georgians cherish their Second Amendment rights, and this law embodies those values.”

In the wake of the Newtown massacre last year, six states approved gun control bills, but things have since turned around. This year, pro-gun legislation is on the rise, as at least 30 states have passed legislation that advances gun rights, reports the Washington Times.

Kansas Gov. Sam Brownback, a Republican, announced Wednesday that he has signed a bill preventing local officials from restricting the sale of firearms and ammunition or regulating how guns are transported and stored, a measure designed to ensure that the state’s open-carry laws can effectively operate statewide.

South Carolina Gov. Nikki Haley, a Republican, signed a bill in February that lets concealed-carry permit holders bring guns into bars and restaurants. Three other states are considering similar measures, according to the Law Center to Prevent Gun Violence.