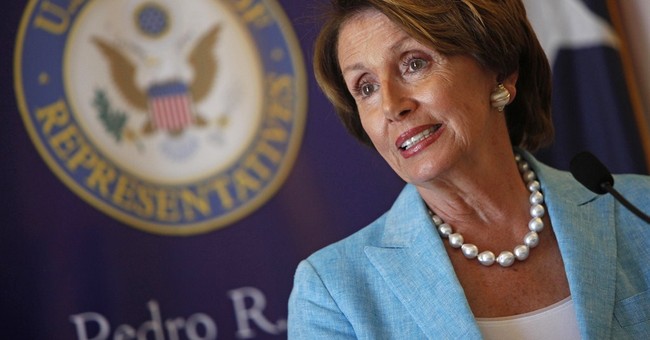 When it comes to the sanctity of life, President Obama’s beliefs couldn’t be any more antithetical to Pope Francis’ if he tried. During his time as a senator, Obama voted against the Born Alive Infant Protection Act and even referred to a baby as a “fetus outside the womb.” And his pro-choice beliefs haven’t waned since he’s been in the Oval Office, either. Nevertheless, it was among the many topics the two leaders discussed last week when they met for the first time.

The visit didn’t just include conversation, however—the two also exchanged gifts. In addition to the encyclical the pope gave the president, it seems he also sent him home with blessed rosary beads, which Obama reportedly gave to none other than House Minority Leader Nancy Pelosi. Ms. Pelosi, for her part, has referred to abortion as “sacred ground,” and just last week was honored by the largest abortion provider in America, Planned Parenthood, with the Margaret Sanger Award.

A Vatican official said last year that Pelosi should be denied Communion because of her support for abortion.

“This is a person who obstinately, after repeated admonitions, persists in a grave sin — cooperating with the crime of procured abortion,” Cardinal Raymond Leo Burke said in an interview with The Wanderer, reports The Daily Caller.

Others have gone as far as to say the California lawmaker should renounce Catholicism altogether.

One can only hope that the gift will in some way positively influence Pelosi’s beliefs and positions on the sanctity of life, and that Obama's visit with the pope will do the same.