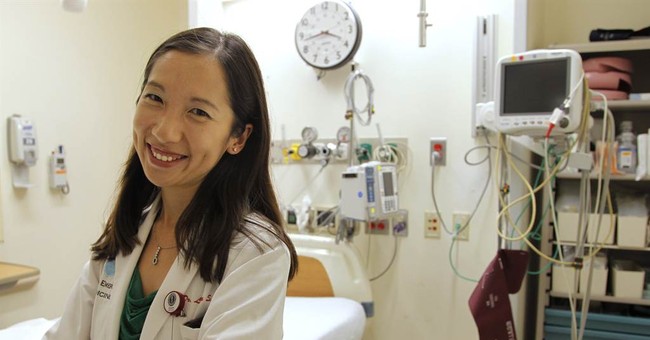 Dr. Wen, the health commissioner of Baltimore, relates in an announcement video that her family arrived in the U.S. from China and were granted political asylum and became citizens in 2003.

Wen graduated from California State University, Los Angeles at the age of 18 and went to medical school at Washington University. She became a Rhodes Scholar and earned her master's degree at Oxford.

She discusses watching a woman die due to an at-home abortion attempt and her role in suing the Trump administration over cutting funds to Baltimore’s Teen Pregnancy Prevention Program.

"As a doctor, I will ensure we continue to provide high-quality health care, including the full range of reproductive care, and will fight with everything I have to protect the access of millions of patients who rely on Planned Parenthood,” she commented.

“A dynamic public health leader and practicing physician, Dr. Wen is the first doctor to lead Planned Parenthood in nearly 50 years," Naomi Aberly, chair of the Planned Parenthood Federation of America Board of Directors, said in a statement. "Not only will she help Planned Parenthood continue to provide high-quality care to women, men, and young people across the country, she will be a powerful voice in our fight to ensure women have the ability to make their own health care decisions — no matter what."

Wen is replacing Cecile Richards, who resigned earlier this year.