Chris Cuomo: Abortion Is Not About Science 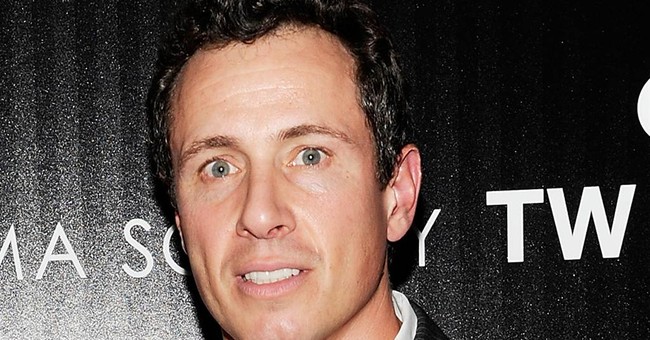 An exchange between Matt Schlapp, chairman of the American Conservative Union (ACU), and CNN’s Chris Cuomo Tuesday about the White House’s credibility turned into a revealing back and forth over whether abortion was about science or religion.

“You’re wrong on the science many of you who believe that people on the pro-life side aren’t looking at the science of it,” Schlapp said. “Come on the science is on my side on the unique human nature of every child.”

“Abortion is about science,” Schlapp insisted.

“There is an unknown component to it,” Cuomo claimed.

“That’s not what the science is behind climate change, Matt, they’re not the same thing,” Cuomo added.

“The science of when life begins is unquestionable and the question on climate change actually there’s a great diversity on the science,” Schlapp said.

There is certainly a strong body of scientific evidence that life begins at conception or fertilization. Even Merriam-Webster Dictionary’s definition of fertilization is “the process of union of two gametes whereby the somatic chromosome number is restored and the development of a new individual is initiated.” (emphasis mine)

Dr. Jerome Lejeune, the famed geneticist who discovered the chromosomal abnormality that causes Down Syndrome once testified before Congress, "after fertilization has taken place a new human being has come into being...[this] is no longer a matter of taste or opinion, it is not a metaphysical contention, it is plain experimental evidence."

Schlapp and Cuomo were mainly discussing a new CNN Poll which found that just 24 percent of Americans say they trust the Trump Administration and 73 percent believe the White House is partially, if not, completely untruthful.

These percentages are comparable to an October poll by Pew Research Center which found that only 27 percent of Americans trust the supposed “scientific consensus” on climate change being caused by human behavior.