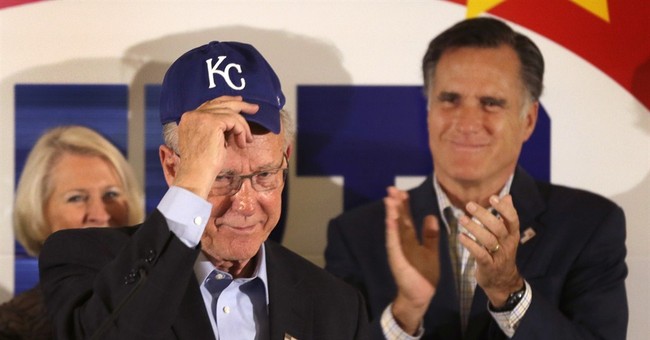 It was a sad day last night in Kansas when the Kansas City Royals lost the World Series in Game 7. Today, the GOP in "The Sunflower State" have something to celebrate as early voting results show positive turnout from Republicans.

Of the 153,436 early votes cast so far this election 82,739 or 54% were cast by Republicans. In comparison only 47,468, or 31% were cast by Democrats. The remaining votes were cast by unaffiliated or libertarian voters.

The blood red state of Kansas has the Republican incumbents for governor and U.S. Senate trailing in the polls. Governor Sam Brownback and Senator Pat Roberts have been in the spotlight of one of the most competitive races this season.

Read more from Townhall on how Kansas has the GOP scrambling here.

"Early voting is turning out as our voter data models predicted and is consistent with early voting patterns in 2010 and 2012. Republican voters are building a substantial lead over Democrats that is increasing with each passing day. There were no October surprises."

Unlike the Royals, Kansas Republicans think they can pull it off in their own Game 7 this Tuesday. Momentum is building as big names stump for Senator Roberts including Senator Mike Lee (R-AZ) who made a speech at a rally in Topeka, Kansas, and former presidential candidate, Mitt Romney, who was in Overland Park, Kansas, earlier this week.