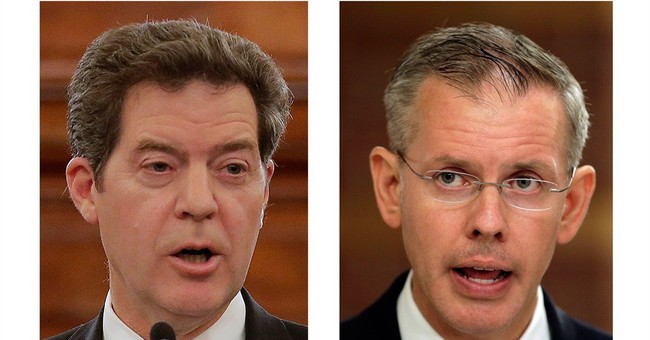 Recent polls show Kansas finally coming back to its roots. The deep-red state has been worrying the GOP as trailing Republican incumbents struggle to take a lead.

Republican Governor Sam Brownback has been down in the polls for the majority of the campaign, but has been up in recent polling. In the latest Remington poll, Brownback is up 48-45. Fox News had Brownback at 46-40 and CNN had the race tied, 49-49. These numbers are in sharp contrast to an average 5 point Brownback trail since August.

It is a similar story for incumbent Senator Pat Roberts (R-Kan.). Fox News recently had Roberts ahead over Independent Greg Orman, 44-39 percent. Public Policy Polling had Orman ahead, 44-41, a much closer race compared to last month's 46-36 percent lead last month. The latest poll by Remington showed Roberts up 2 percent, 48-46.

Read more from Townhall on the Senate race in Kansas here.

Republican superstars such as Sen. John McCain (R-Ariz.) and Texas Gov. Rick Perry have been in Kansas to cheer on Senator Roberts. This much needed momentum for the GOP in Kansas is proving successful and just may influence voters enough to have a classic Kansas Republican sweep come November 4th.