Orrin Hatch Preparing Obamacare Replacement If SCOTUS Strikes It Down 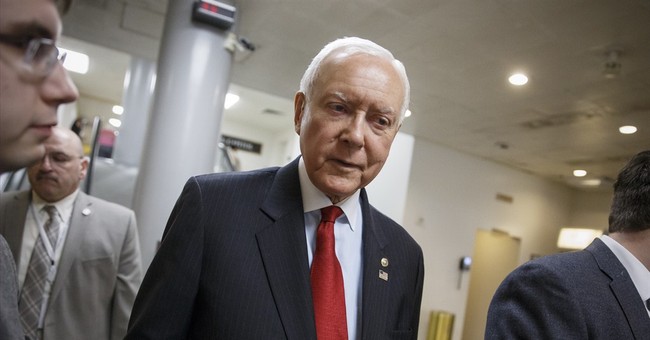 Next week, the Supreme Court will hear arguments in King v. Burwell, the case that challenges the legality of subsidies on health exchanges set up by the federal government rather than the individual states. The monumental case would have effects for millions of people nationwide, as more than half of all U.S. states have health exchanges run by the federal government.

It's been argued by some progressives that, no matter the legal merits of the case, it would be irresponsible for the Supreme Court to strike down the exchange subsidies, because so many people would lose health insurance. Sen. Orrin Hatch (Utah) is planning on countering that argument with a replacement plan that would address those who are in jeopardy of losing their federal government subsidies. As the Associated Press reports:

Should the court uphold the suit — a decision is expected in June — millions of people could be forced to drop their health coverage because those subsidies make their insurance affordable.

So on Monday, Hatch, R-Utah, told an audience at the conservative Heritage Foundation that he will release "a short-term solution for those Americans that may be affected by the decision" in that case.

Hatch provided no details on what he might propose or when it would be ready. Talking later to reporters, he suggested it might have to last until, he hopes, a Republican moves into the White House in 2017.

GOP support for such a proposal is unclear. One likelihood — negotiations with Democrats in the aftermath of such a verdict would be complex.