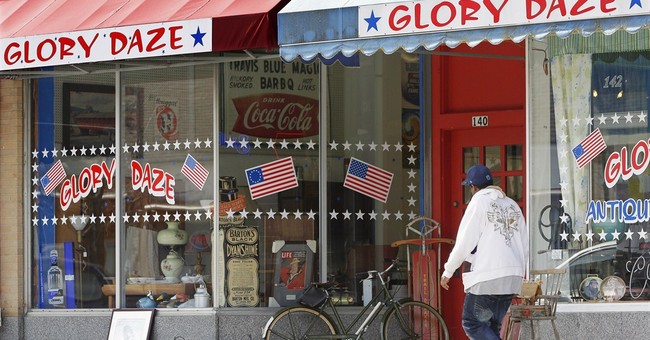 It's the first Friday of the month, which means that the Bureau of Labor Statistics has put out the federal government's estimate of the employment situation over the past month. The jobs report came in about in line with what was expected - the BLS estimated that the American economy added 257,000 jobs in January and their measure of the unemployment rate ticked up slightly to 5.7%.

The biggest news was the massive revisions that the BLS gave to their previous two monthly estimates. November's estimate was revised up by 70,000 jobs and December's was revised up by 75,000 jobs. BLS's estimate for November 2014 means that was the best month that the American economy has had in a long time.

The broader U-6 measure of unemployment also ticked slightly higher, from 11.2% to 11.3%. The U-6 measure takes into account underemployment and discouragement in the job force as a whole.

The labor force participation rate rose, but it has been stagnant for a year. In January 2014, the labor force participation rate was at 63%. In January 2015, BLS estimates it was at 62.9%. This represents a new normal - a combination of factors means that the number of Americans is going to remain below what we saw in the '90s and '00s forever. As the BLS projected recently:

As opposed to the popular conception that Congress should have always been "doing more" to help the economy, there has been little done in Congress over the past year to "aid" economic growth, yet the economy has performed very well with a "do nothing" Congress.

As Scott Sumner wrote in December:

In 2013, the year of "austerity," RGDP grew 3.13%; almost double the rate of 2012. So far this year RGDP is growing at a 2.43% rate. Nothing special, because the first quarter was horrible. Let's count the overall pattern as ambiguous--I have no ax to grind.

In 2014 the growth in employment is going to come in at close to 3 million, well above the 2.3 million average for the previous 2 years. So it's the job growth that looks really good, much more impressive than the GDP numbers. If we just focus on the long term unemployed then the first three months were poor, with only a small reduction in those unemployed for 27 weeks or more. But since then the rate has fallen very fast. It looks like 2014 will be better than the previous few years in terms of reduction in long term unemployed.

2013 and 2014 were the years of the "do nothing" Congress, yet jobs gains and economic growth were the best of Obama's time in office. Jobs are looking good in 2014 - the only question is if Congress tries to "do something" on economic growth that turns out to be counterproductive.