$35,000 For New Floors And Other Regulatory Nightmares of D.C.'s Beer Industry 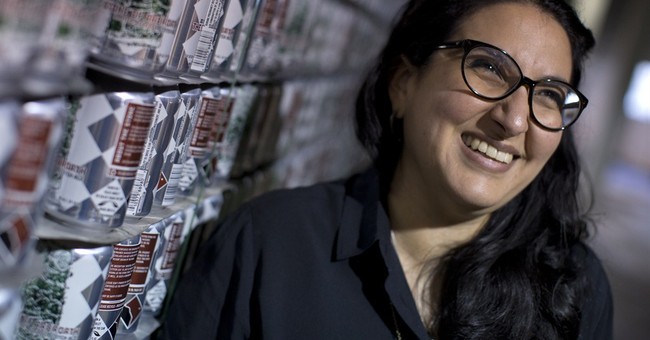 For 55 years, there were no breweries located in Washington, D.C. That has all rapidly changed - there are now no fewer than five - but the sloppy regulatory framework that built up in the 20th century refuses to bend for a new business environment.

WAMU has the full story, but what it boils down to is this: D.C.'s Department of Consumer and Regulatory Affairs has no business category for "brewery," so their business licenses have to be granted as either "delicatessens" or "restaurants," which means they have to fulfill all sorts of regulatory requirements that have nothing to do with being a brewery. The expenses and the red tape involved in this have rapidly piled up. It's a miracle that any of them have survived in spite of the onerous regulations that the D.C. government has placed on them.

This means piles of extraneous regulations. D.C. forced one brewery to install a sink they'll never use. They made one brewery to re-seal their floor, at a $35,000 expense, before the brewery was even open. Sometimes it means worse than that - it means making their beer worse.

Hellbender Brewery was all set to go until an unannounced DCRA inspection found that their high-pressure boiler wasn't to code, and that they'd have to either use a different boiler or hire an engineer to monitor the process.

DCRA inspectors came by and are now saying Hellbender’s steam-boiler system is “not being operated pursuant to code.” In other words, its steam pressure is higher than 15 pounds per square inch, or PSI.

Ben says high-pressure systems are typical in breweries nationwide. But DCRA says if Hellbender uses this system, a certified steam-boiler engineer must be on site whenever it’s running. If the guys switch to a low-pressure system, they'll just need a daily inspection.

Another beer-making establishment has been doing just that since it opened in 2013. Thor Cheston owns Right Proper Brewpub: a restaurant and brewery in Shaw.

“We bought an unbelievable expensive, gorgeous boiler for our brewery, top of the line in terms of technology,” Thor says. “We had to retrofit it. We had to make it dumber, essentially, so that it would meet the D.C. code.”

And now it’s less efficient, he says. Plus, having a boiler man visit every day is costing Right Proper $12,000 a year.

The DCRA is apparently re-evaluating its rules for governing breweries to try to prevent these kinds of hassles. But it's been over five years since the first modern D.C. brewery, D.C. Brau Brewing, was founded. There has been no action yet, and there has been hundreds of thousands of dollars wasted needlessly on these unnecessary regulations. And this is just over five small breweries in D.C.

The federal government's Small Business Administration estimates that federal regulations add more than $10,000 to the cost of every employee that they hire:

And the Heritage Foundation has found that the number of "economically significant regulations" has been on the rise:

The case of D.C. regulatory missteps when it comes to breweries is a particularly egregious case of a regulatory state unable to keep up with economic changes (from an environment with no breweries to one with multiple). But even in a supposedly "efficient" regulatory environment, D.C. breweries would be facing an onerous burden.

Ballots in Pennsylvania Were Found in the Trash. They Were All Votes for Trump.