Debbie Wasserman Schultz Is An Obama Problem, Not A DNC Problem 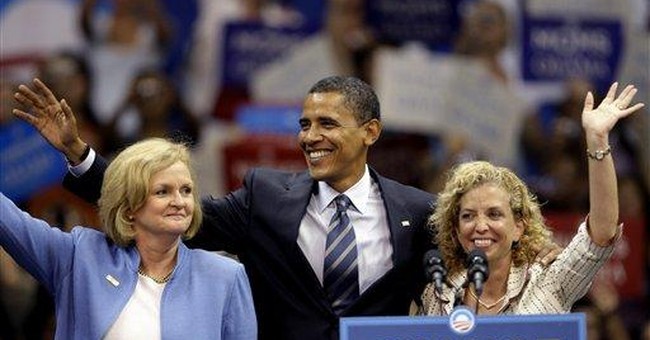 RNC spokesman Sean Spicer said that the way Wasserman Schultz is being treated is embarrassing:

What the White House and what others are doing, throwing her under the bus, if they don't like the job they're doing they should respectfully ask her to step down, but treating her this way is just really not something that should be done.

An RNC spokesperson tells Townhall that "when they lose this November, it won't be because of what the DNC didn't do. It will be due to the failures at the White House."