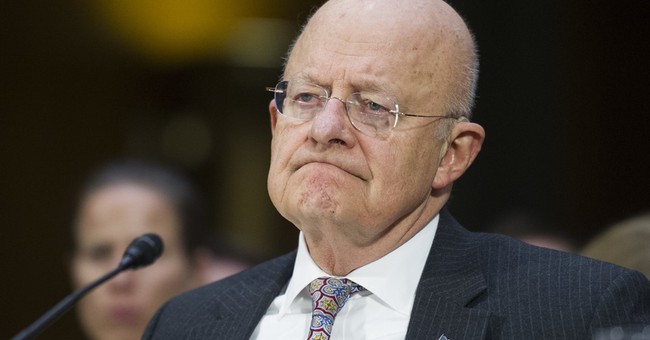 "I have also begun to review the more general question of the access to classified information by former government officials," Sanders said on behalf of President Trump. "As part of this review, I am evaluating action with respect to the following individuals: James Clapper, James Comey, Michael Hayden, Sally Yates, Susan Rice, Andrew McCabe, Peter Strzok, Lisa Page, and Bruce Ohr. Security clearances for those who still have them may be revoked, and those who have already their lost their security clearance may not be able to have it reinstated."

Former DNI director James Clapper, who regularly criticizes President Trump as a contributor for CNN, is responding to the revocation of Brennan's clearance and argues the move is an infringement on free speech.

“Will the republic stand or fall on whether John retains his access to classified information, or mine or any others that were named? Of course not. The larger issue here, to me, has been infringement on First Amendment rights," Clapper said during an interview with the network. "I think people ought to think seriously about that. Infringement of our right to speak, and apparently, the appropriateness of being critical of this president.”

You can read President Trump's entire statement about revoking security clearances below.

Statement+from+the+President-2 by Katie Pavlich on Scribd