New Poll: Along With Obamacare, Americans Want Russia Investigation To Be a Top Priority 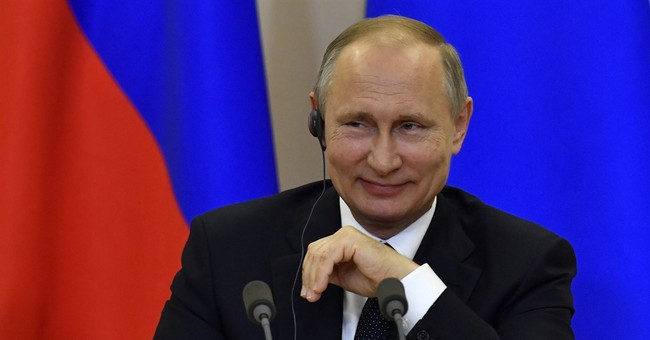 The White House appears to be losing the public relations battle on Russia.

According to a new Morning Consult/POLITICO poll, a significant number of Americans want the investigation into ties between the Trump campaign and Russian officials to be a top priority for Congress. Obamacare ranks second.

Asked to list their top priorities for Congress, 37 percent of voters said the legislative body’s top priority should be investigating Trump campaign officials for alleged connections or contacts with the Kremlin during the 2016 elections — the same share of voters who listed repealing and replacing Obamacare or reforming entitlement programs such as Medicare and Social Security. Slightly fewer voters listed passing tax reform (35 percent) or clearing an infrastructure spending bill (32 percent), and one of Trump’s signature issues, constructing a U.S.-Mexico border wall, was a top priority for just 19 percent of voters.

When asked to pick just one of those, a plurality of voters said Congress should prioritize the Russian investigation, followed by 21 percent who opted for health care reform, 14 percent for tax reform, 13 percent for entitlement reform, 11 percent for infrastructure policy and 6 percent for the wall.

The polling comes after two weeks of the White House being buried in bad news stories stemming from leaks within the administration.