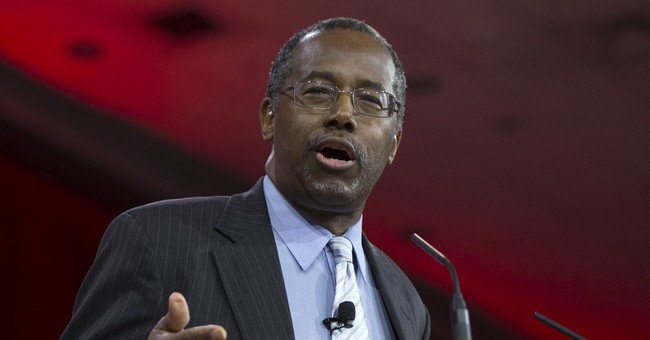 "For the record let me make it extremely clear that I am extremely pro-Second Amendment and that I would never  allow anyone to tamper with that right," Carson said.

"We will never let the right to keep and bear arms be removed from those [generations] who follow us in this great nation," he continued.

Carson argued the Second Amendment has been historically necessary and will be in the future for two main reasons: to fight against foreign invasion with an armed citizenry and to prevent tyranny from the government.

During an interview with Glenn Beck in March 2013, Carson argued people should be able to own semi-automatic weapons based on where they lived.

"It depends on where you live," Carson said ."I think if you live in the midst of a lot of people, and I’m afraid that that semi-automatic weapon is going to fall into the hands of a crazy person, I would rather you not have it."

During his speech at the NRA-ILA Leadership Forum Friday, Carson did not mention or clarify specific comments about semi-automatic weapons and who should or should not own them.