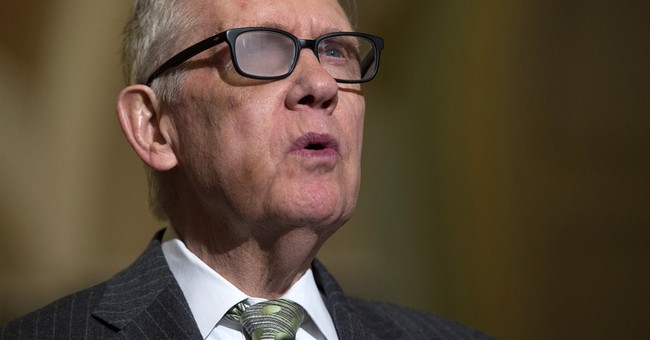 In a video message released on Twitter this morning, former Majority Leader Harry Reid (D-NV) has announced his retirement after 30 years on Capitol Hill. He has served five Senate terms and will leave the Senate in 22 months at the end of his current term.

"We've got to be more concerned about the country, the Senate, the state of Nevada than us and as a result of that, I am no I'm not going to run for re-election," Reid said in the announcement. “My life’s work has been to make Nevada and our nation better. Thank you for giving me that opportunity.”

My life’s work has been to make Nevada and our nation better. Thank you for giving me that wonderful opportunity. https://t.co/dwy2rDWYhO

Reid stressed in the announcement that his retirement has nothing to do with recently sustained injuries from a workout accident when a piece of equipment broke, causing him to fall. He suffered broken ribs and lost sight in one of his eyes.

Reid will leave the Senate with a controversial legacy. In 2010 he was a key component in the passage of Obamacare, when he changed the Senate rules to get the legislation through. He also got rid of the filibuster during his tenure, something Republicans have said they want to bring back.