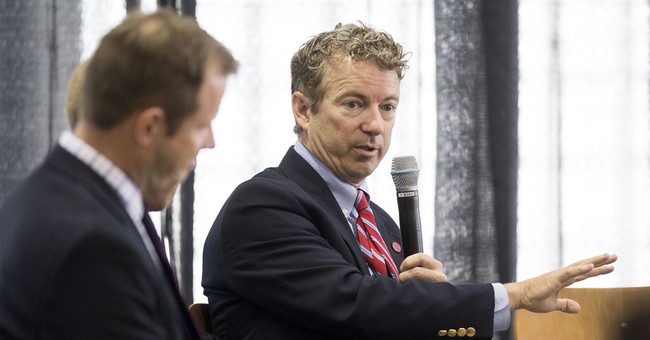 The 2016 Presidential election is here with Texas Senator Ted Cruz announcing a run for the White House today during a speech to Liberty University. Next week, Kentucky Senator Rand Paul is expected to kick off his own announcement with a five-state tour. More from the Washington Times:

Rand Paul will formally declare his candidacy for the 2016 Republican presidential nomination with a five-state, five-day announcement tour next month, Republicans knowledgeable about the Kentucky senator’s plans told The Washington Times.

Mr. Paul will make his announcement first in Louisville at noon on April 7, then head to New Hampshire on April 8, Charleston, S.C., on April 9, Iowa City on April 10 and Las Vegas on April 11.

The first Republican primary debate is set for August 15, 2015 in Ohio. Before then, a number of other possible GOP candidates like Dr. Ben Carson, former Florida Governor Jeb Bush, former Arkansas Governor Mike Huckabee, Florida Senator Marco Rubio, Wisconsin Governor Scott Walker and others are expected to make a decision about entering the race. In the meantime former Secretary of State Hillary Clinton, who is still trouncing potential Republican nominees in the polls, is expected to announce her decision about running for president on the Democrat side by mid-April. According to National Journal, she's making her last paid speech today before her announcement in a few weeks.
A Big, Fat Beautiful Wall Might Save New York City From Flooding
Bronson Stocking