Are We Really Surprised Democrats Who Booed Jerusalem Will Boycott Netanyahu's Speech? 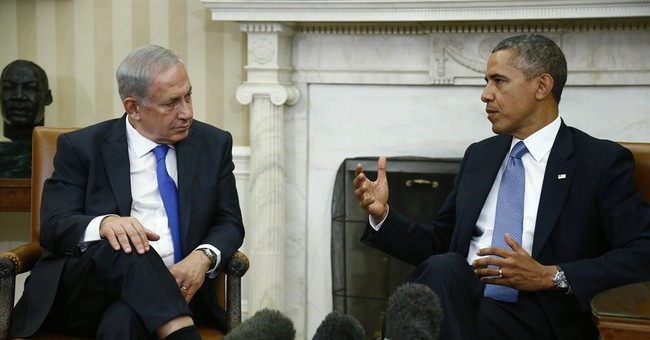 On Tuesday Israeli Prime Minister Benjamin Netanyahu will fulfill his invitation from House Speaker John Boehner to warn the world about the grave threat Iran poses to the Jewish State and the United States.

Because Boehner didn't consult the White House about the invitation, Democrats are throwing a fit about Netanyahu's planned address to a joint session of Congress. The Congressional Black Caucus has loudly proclaimed its members will not attend Netanyahu's speech, citing a perceived disrespect from the Prime Minister toward President Obama. Dozens of other Democrats also plan to skip out. Vice President Joe Biden will be jetting off to another country at the exact same time Netanyahu will start speaking and Secretary of State John Kerry will also be overseas.

Surprising? It shouldn't be. During the 2012 DNC convention in Charlotte, Democrats in attendance loudly booed after God and Jerusalem were placed back into the Party platform after being deliberately left out. I remember because I was there.

Just two weeks ago, President Obama referred to Jews murdered in Paris by an Islamic terrorist as some "folks in a deli."

Are we really surprised Democrats are boycotting Netanyahu's speech because Obama didn't approve it? Hardly. After all, they're part of the Party that booed God and Jerusalem as Israel's capitol city.