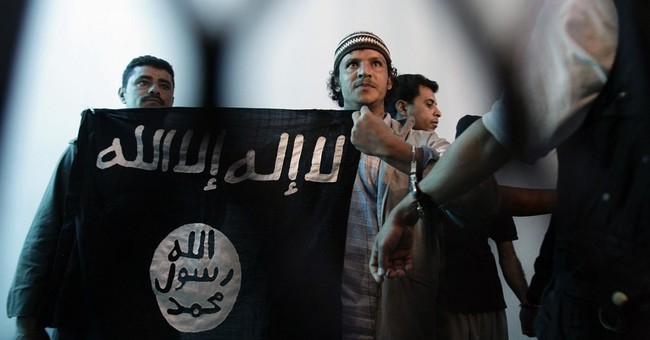 A commander of Al Qaeda in Yemen is officially taking responsibility for carefully planning, financing and carrying out the terror attacks on Charlie Hebdo in Paris last week. More from Fox News:

Al Qaeda's affiliate in Yemen has released a video claiming responsibility for last week's deadly attack by two gunmen on the offices of the satirical newspaper Charlie Hebdo in Paris.

Nasr al-Ansi, a top commander of Al Qaeda in the Arabian Peninsula, or AQAP as the branch is known, appeared in an 11-minute Internet video posted Wednesday, saying that the massacre was in "vengeance for the prophet."

Al-Ansi also said in the video that France belongs to the "party of Satan" and warned of more "tragedies and terror." He says Yemen's Al Qaeda branch "chose the target, laid out the plan and financed the operation," though he produced no evidence to support the claim.

It was revealed last week that one of the brothers who carried out the attack, Saïd Kouachi, did his training in Yemen. Just a few short months ago, President Obama touted anti-terrorism operations in Yemen and Somalia as a success and upheld them as examples of how the United States would fight ISIS.

The White House has also repeatedly argued Al Qaeda is "on the run" and that it's core leaders have been "decimated." From his September 10, 2014 speech at the White House:


Chilling raw video shows the Kouachi brothers yelling about vengeance for the prophet Mohammed just after they murdered Charlie Hebdo editors and left the scene.

As Conn has reported, the White House is still bending over backwards to avoid using the term "Islamic terror" to describe the attack.

How should the White House respond to ISIS? Vote here.