What Americans Think About Keystone XL Pipeline: Build It 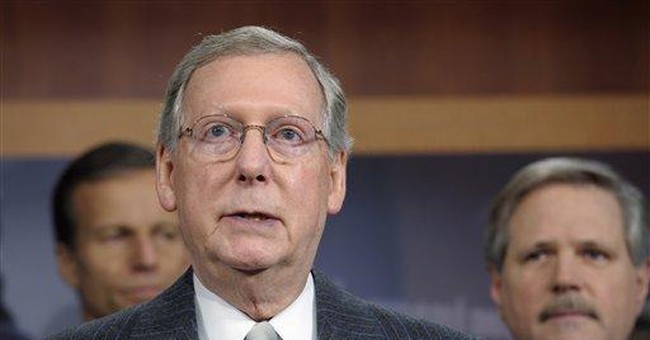 Now that Harry Reid has been removed as President Obama's personal legislation blocker in the Senate, new Majority Leader Mitch McConnell plans to put long-overdue Keystone pipeline legislation his desk as soon as possible. As a result, the debate over the pipeline has been revived, with many far-left pundits claiming the pipeline doesn't have enough support and shouldn't be approved.

According to the latest Pew Research poll on the issue from November 2014, 59 percent of Americans support the construction of the Keystone Pipeline.

Among the goals of the new GOP majority in Congress is passing legislation to approve construction of the Keystone XL pipeline, which would transport oil from Canada’s oil sands region through the Midwest to refineries in Texas. By nearly two-to-one, the public favors building the pipeline (59% to 31%); yet overall support is down from March 2013 when 66% favored the project.

Further, an overwhelming majority of independents support Keystone and more than half of Democrats do as well, despite a decrease in support among these groups in the past year.

Currently, 83% of Republicans favor building the pipeline, compared with 58% of independents and fewer than half of Democrats (43%).

There will be a Senate hearing about Keystone on Wednesday. If approved, Keystone is expected to create dozens of permanent jobs, thousands of temporary positions and ten-of-thousands of indirect employment opportunities.

During the daily press briefing Monday afternoon, White House Press Secretary Josh Earnest would not confirm if President Obama will veto the legislation if it gets through the Senate and reaches his desk.

"I'm not prepared at this time to issue a veto threat," Earnest said, adding more evaluation of the situation must be conducted.