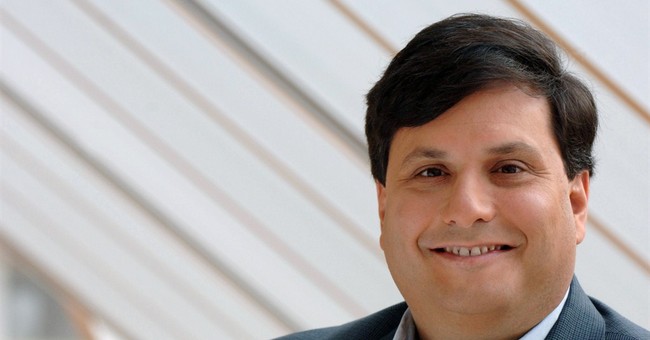 New Ebola Czar Ron Klain is taking his new job very seriously. In fact, he's so committed to his new position that he won't be attending a House Oversight hearing Friday titled,  "The Ebola Crisis: Coordination of a Multi-Agency Response." Klain was asked to testify along side officials from the Department of Defense and Health and Human Services but declined an invitation from the Committee late Monday night.

Last week White House Press Secretary Josh Earnest specifically said Klain's job isn't to be an expert on Ebola, but instead to coordinate and manage the federal response to the Ebola crisis.

"What we were looking for is not an Ebola expert, but rather an implementation expert. And that's exactly what Ron Klain is," Earnest said.

If Klain's job is to coordinate a response to the Ebola crisis, why is he skipping a hearing about coordinating an Ebola response between multiple federal agencies? Apparently he hasn't officially started his new job yet.

“The White House has informed us that he has not yet officially started and will not be able to attend Friday,” the committee aide told Fox News.

On Saturday President Obama held a meeting at the White House about the Ebola response. Ebola Czar Klain wasn't there.