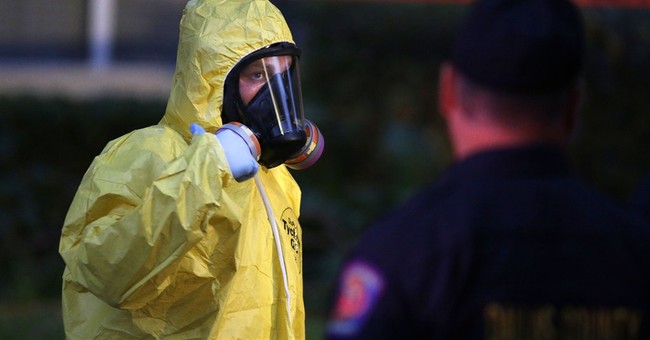 The Obama administration is still refusing to issue travel restrictions from Ebola stricken countries in West Africa to the United States, arguing that isolating those regions could make the problem worse. But a new Washington Post/ABC News poll shows the vast majority of Americans from both sides of the political aisle want entry restrictions put into place.

Nearly two-thirds of Americans say they are concerned about an Ebola outbreak in the United States, and about the same amount say they want flight restrictions from the countries in West Africa where the disease has quickly spread.

A new poll from the Washington Post and ABC News shows 67 percent of people say they would support restricting entry to the United States from countries struggling with Ebola. Another 91 percent would like to see stricter screening procedures at U.S. airports in response to the disease’s spread.

Many countries in Europe and neighboring countries to the Ebola crisis in Africa have implemented flight restrictions and some have shut down borders completely.

Last week CDC Director Thomas Frieden wrote an op-ed defending the administration's decision not to implement flight restrictions in order to fight the Ebola outbreak and to prevent the deadly disease from spreading inside the United States.

A travel ban is not the right answer. It’s simply not feasible to build a wall – virtual or real – around a community, city, or country. A travel ban would essentially quarantine the more than 22 million people that make up the combined populations of Liberia, Sierra Leone, and Guinea.

When a wildfire breaks out we don't fence it off. We go in to extinguish it before one of the random sparks sets off another outbreak somewhere else.

We don't want to isolate parts of the world, or people who aren't sick, because that's going to drive patients with Ebola underground, making it infinitely more difficult to address the outbreak.

It could even cause these countries to stop working with the international community as they refuse to report cases because they fear the consequences of a border closing.

Stopping planes from flying from West Africa would severely limit the ability of Americans to return to the United States or of people with dual citizenship to get home, wherever that may be.

In addition to not stopping the spread of Ebola, isolating countries will make it harder to respond to Ebola, creating an even greater humanitarian and health care emergency.

As a side note, Frieden needs to look up the definition of a "fire-break."

There are three cases of Ebola in the United States. Thomas Eric Duncan was the first to bring back the disease from Africa and transmitted it to two healthcare workers at a Dallas hospital before passing away more than a week ago.