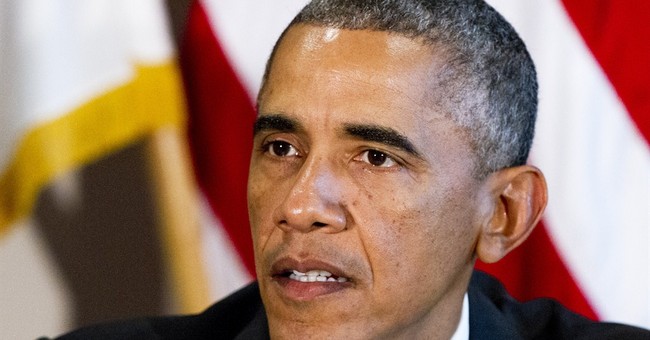 Two years ago a slew of Secret Service agents got busted for hiring prostitutes while on an official trip in Cartagena, Colombia. That scandal erupted after an agent failed to properly pay a woman for her services. They were fired and the White House denied aides had any involvement.

Now, the Washington Post is out with a stunning report about the scandal not only detailing that former White House presidential advance team member and volunteer Jonathan Dach officially registered a prostitute as an overnight guest in his hotel room, but that White House aides knew about Dach's actions and interfered with an Inspector General investigation of the incident.

The Post reviewed copies of the hotel logs for Dach’s stay, which showed that a woman was registered to Dach’s room at 12:02 a.m. April 4 and included an attached photocopy of a woman’s ID card. Through his attorney, Dach declined to discuss these details as well.

Hotel staff members in Cartagena told federal investigators that they had determined Dach was one of three guests at the Hilton who had additional overnight guests registered to their rooms, federal records reviewed by The Post show. The other two were a military staffer stationed at the White House and another Secret Service agent.


The Secret Service shared its findings twice in the weeks after the scandal with top White House officials, including then-White House Counsel Kathryn Ruemmler. Each time, she and other presidential aides conducted an interview with the advance-team member and concluded that he had done nothing wrong.

Meanwhile, the new details also show that a separate set of investigators in the inspector general’s office of the Department of Homeland Security — tasked by a Senate committee with digging more deeply into misconduct on the trip — found additional evidence from records and eyewitnesses who had accompanied the team member in Colombia.

The lead investigator later told Senate staffers that he felt pressure from his superiors in the office of Charles K. Edwards, who was then the acting inspector general, to withhold evidence — and that, in the heat of an election year, decisions were being made with political considerations in mind.

“We were directed at the time... to delay the report of the investigation until after the 2012 election,” David Nieland, the lead investigator on the Colombia case for the DHS inspector general’s office, told Senate staffers, according to three people with knowledge of his statement.

Nieland added that his superiors told him “to withhold and alter certain information in the report of investigation because it was potentially embarrassing to the administration.”

The White House interfering with an IG investigation and threatening people in the process is nothing new. This kind of coverup tactic is their habit and it spans across Obama's entire administration.

To make matters worse Dach wasn't fired after exploiting women, he was hired as a policy advisor for the State Department's Office of Global Women's Issues. (Also as a side note, Dach's daddy was a big Obama campaign donor)

Good point. WH covered up own staffer's exploitation of women, then hired him on women's issues. Care to comment, every Democrat in America?

Pay no attention everyone. That was like, two years ago, dude. The Post's Carol Leonnig, who broke this story, responded.

@PressSec Josh, great colleagues.But such different stories.None tell of evidence WH had in hand & decision to stop looking when it got more

There's only one problem. The story Earnest linked to has no mention of efforts by the White House to cover-up Dach's involvement and doesn't mention the threats issued by officials in order to push the release of the IG report to after the 2012 elections. Not to mention, former Press Secretary Jay Carney cleared the White House of wrongdoing in the scandal and said in 2012, "If someone comes to us with some credible allegation that anybody at the White House was involved in any inappropriate conduct, I'm sure that we'll look at it, but there isn't that."

Shorter WH: We manipulated an investigation over an *advance-team member* for political reasons, but are 100% truthful about everything else

Dear press, if WH did full court press cover-up on this prostitution story, what else might they've been willing to lie about to your faces?