Additional Ebola Airport Screenings to Be Implemented in West Africa 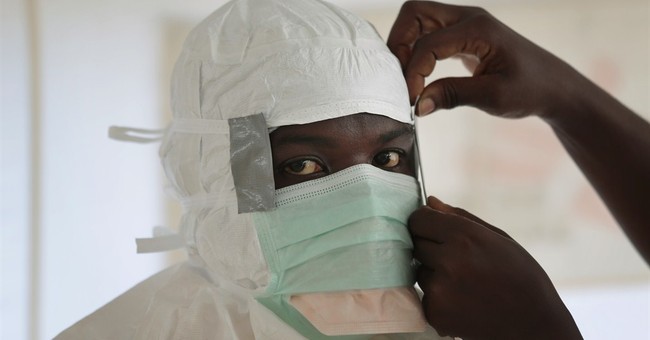 According to Press Secretary Josh Earnest, the United States isn't considering travel bans in or out of Ebola stricken countries at this point, but after a major meeting at the White House today, President Obama has announced new screening procedures at airports will be implemented.

The President met this afternoon with his senior health, homeland security, and national security advisors to receive an update on the Ebola case in Texas, broader domestic preparedness plans, and U.S. and international efforts to contain and end the epidemic in West Africa. The President and his team discussed the progress health officials in Texas have made in identifying and monitoring the contacts of the patient in Dallas. The team reviewed the measures that have been in place for weeks in preparation for this contingency, and underscored their confidence that the nation’s health infrastructure is prepared and able to prevent an outbreak here at home. Participants also discussed options to enhance airport screening in the United States and the need to tackle Ebola at its source in West Africa, where the United States has launched a civilian-led whole-of-government effort that leverages the unique capabilities of the U.S. military to help bring the epidemic under control. Finally, the President reiterated that the epidemic is a top national security priority, and that we will continue to do everything necessary to address it.

At this point there are no details about what exactly new procedures or screenings will entail, but the focus will be on screening passengers exiting countries experiencing an Ebola outbreak. Keep in mind the U.S. Ebola patient didn't show any symptoms of the disease when he got on an airplane from Liberia to Brussels and then to Dallas, which is why lawmakers from both sides of the aisle have called for travel restrictions.