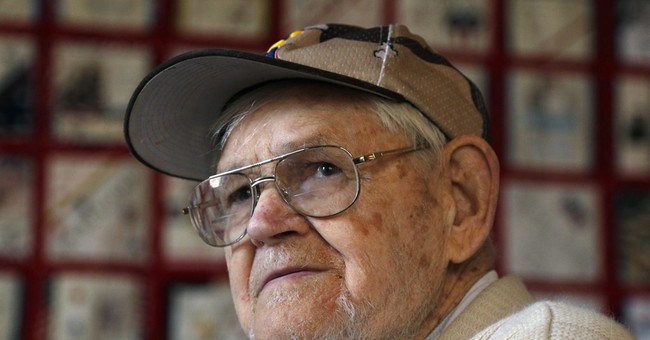 There are five days before the House and Senate will be forced by law to go on their August recess. With a race to the finish, it looks like a bipartisan Veteran's Affairs reform deal may be reached before the deadline Friday. More from Fox News:

The leaders of the House and Senate Veterans Affairs committees reached a tentative deal Sunday to improve veterans' health care -- a potential solution to help fix such ongoing problems as delays for benefits and long waits for medical treatment concealed by secret lists.

The tentative deal would also end speculation about whether Congress would indeed begin a five-week summer recess without a legislative solution amid widespread national outrage over problems within the Department of Veterans Affairs.

The committee chairmen, Rep. Jeff Miller, R-Fla., and Sen. Bernie Sanders, I-Vt., worked through the weekend and have scheduled a press conference for Monday to talk about the tentative deal.

A spokesman for Sanders confirmed the agreement Sunday.

The pair said in a joint statement that they had "made significant progress" toward an agreement on legislation "to make VA more accountable and to help the department recruit more doctors, nurses and other health care professionals."


The VA scandal, which involves the deaths of dozens of veterans waiting for care in VA hospitals, is the only scandal both Republicans and Democrats both show outrage over. That being said, coming to an agreement about how to fix the VA is another story and bipartisan bickering has been at the center of the hold up for reform. It's been months since we first heard about secret waiting lists for veterans.

“In the wake of the biggest scandal in the history of the Department of Veterans Affairs, I am committed to working in a bipartisan manner with the Senate to send the president a VA reform package that will increase accountability at the department and provide veterans facing unacceptable waits for VA medical care the option to receive private-sector treatment. But arriving at a compromise will be impossible if Senate Democrats refuse to even participate in Veterans’ Affairs Conference Committee meetings and negotiations as they did today," House Veteran's Affairs Committee Chairman Jeff Miller said late last week in a statement. “The crisis at VA is not a partisan problem, and I will do everything I can to prevent this from devolving into an exercise in the sort of bickering and name calling for which Washington has become infamous."

Miller also said he is willing to negotiate with the Senate for as long as it takes to get a bill through. The House legislation being offered as a solution to VA problems includes language that allows government employees working inside VA hospitals to be more easily fired for misconduct and incompetence.

Senator Bernie Sanders and Rep. Miller worked over the weekend to reach a deal and will hold a press conference Monday at 1:30 to discuss a compromise. Lets hope Congress can get something done before leaving Washington on Friday.