New White House Press Secretary: Of Course Obama is The Most Transparent President in History 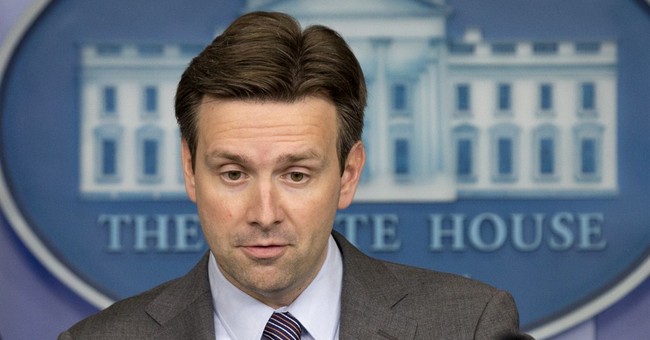 When President Obama ran for office way back in 2008, he infamously promised to have the "most transparent administration in history." Fast forward to 2014 and the opposite has happened. Not only does the administration heavily control the narrative of information going out to the press, the White House does everything possible to keep reporters from getting their hands on important information. Not to mention, the Department of Justice has heavily monitored reporters through phone and email monitoring.

Last week thirty eight journalism groups, including the Society for Professional Journalists, called on President Obama directly to "stop practices in federal agencies that prevent important information from getting to the public."

Regardless, newly minted White House spokesman Josh Earnest is still arguing the Obama administration has lived up to its promise of transparency.

President Obama is “absolutely” the most transparent president in history, White House press secretary Josh Earnest said Sunday after the White House received a letter from signed by a dozen top journalists’ groups complaining about the administration’s policies toward the media.

“There are a number of steps that we've taken to give people greater insight into what's happening at the White House,” Earnest said in an interview with CNN’s “Reliable Sources.”


The only transparent thing about the White House at this point are its bogus statements, which we can all see right through.