Issa Issues Another Subpoena to John Kerry Over Benghazi Testimony 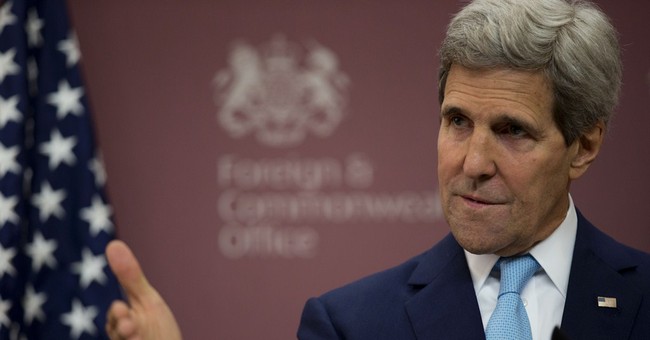 Two weeks ago the House Oversight Committee issued a subpoena to Secretary of State John Kerry asking him to produce documentation and to testify about the 9/11 terror attack in Benghazi on May 21. The subpoena came after State Department officials failed for months to comply with multiple subpoenas requesting Benghazi information and after new emails revealed the White House was directly involved in altering talking points in order to focus attention on a video instead of failure in administration policy. Kerry responded by saying he would cooperate with the subpoena, but that he could not attend the scheduled Committee hearing because he'll be in Mexico.

Now, Chairman Darrell Issa has issued another subpoena to Kerry asking him to testify on May 29.

The Committee is now waiting on the State Department to reply with Kerry's response.