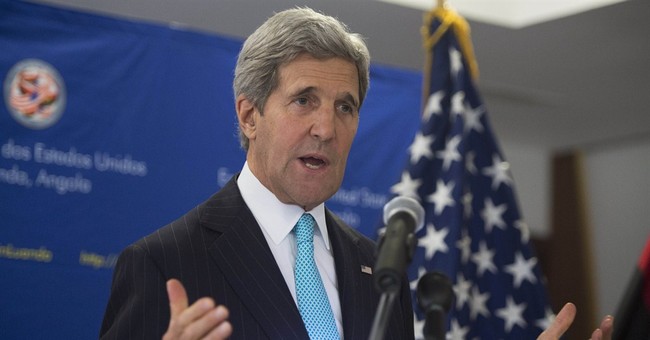 “We’ll respond because we have absolutely nothing to hide whatsoever and I look forward to complying with whatever responsibilities we have,” Kerry said.

Pressed again about whether that would include testifying himself, Kerry repeated, “I look forward to complying with whatever responsibilities we have.”

“I’ve guaranteed that we would cooperate in every single way. We have and we will,” Kerry said, even while attributing the latest round of interest to partisan interests.

“Everybody needs to take a hard look and measure what’s already been put out there versus where this effort is going,” Kerry said.

The subpoena was issued to Kerry last week by the House Oversight Committee after new emails surfaced showing the White House was directly involved in altering Benghazi talking points.

Kerry has also been called to testify in front of the Committee on May 21. Depending on how the investigation of the select committee goes, former Secretary of State Hillary Clinton could also be called back to testify.

WaPo Ripped for Sending a Pointed Questionnaire to Republican Lawmakers
Cortney O'Brien
Even Joy Reid Is Upset at the 'Good Politicians' Who Are Being Hypocrites with COVID Restrictions
Julio Rosas
Ahead of VP Pence's Visit, Team Perdue Reminds Ossoff of his COVID Relief Record
Reagan McCarthy
Republicans (and Sen. Sinema) Sign Letter Insisting They Stop Getting Paid Until They Pass a Budget