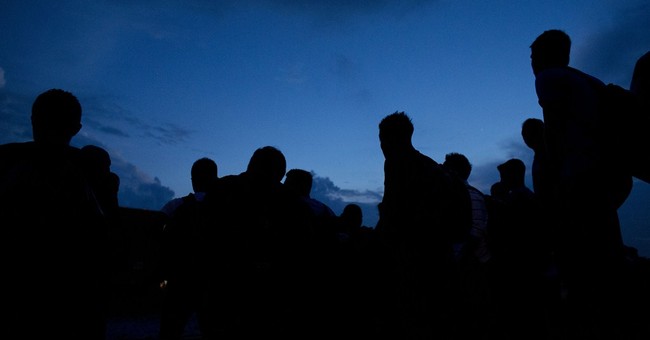 Tens of thousands of adults and unaccompanied minors continue to pour over our southern border as the United Nations presses the U.S. government to treat these illegal immigrants as “refugees.” With true refugee status, these immigrants would be eligible to seek asylum. Those granted asylum could then file a form to obtain permanent residence and could even petition to bring their entire family into the United States.

[The U.N. High Commissioner for Refugees] said it believes "the U.S. and Mexico should recognize that this is a refugee situation, which implies that they shouldn't be automatically sent to their home countries but rather receive international protection."

The U.N. defines a refugee as “someone who has been forced to flee his or her country because of persecution, war, or violence. A refugee has a well-founded fear of persecution for reasons of race, religion, nationality, political opinion or membership in a particular social group. Most likely, they cannot return home or are afraid to do so. War and ethnic, tribal and religious violence are leading causes of refugees fleeing their countries.”

The large majority of immigrants are coming from the countries of El Salvador, Guatemala, and Honduras. They do not fit the typical definition of a refugee fleeing this type of violence.

Most of the people widely considered to be refugees by the international community are fleeing more traditional political or ethnic conflicts like those in Syria or the Sudan. Central Americans would be among the first modern migrants considered refugees because they are fleeing violence and extortion at the hands of criminal gangs.

Why would kind-hearted Americans object to helping refugees? It seems more un-American to resist an influx of "refugees" than it does "illegal immigrants." Despite this expanded definition, it's not just the innocent children who are coming into our country. There are minors admitting to the crimes of torture and murder who are also crossing the border.

Additionally, unvaccinated immigrants carrying scabies, swine flu, and even tuberculosis have been reported. While the Border Patrol agents have their hands full processing these people, organized drug smugglers are systematically carrying enormous amounts of illicit drugs into the country.

We need to realize that this issue is much greater than just semantics.

As Allahpundit noted earlier today, “Don’t fret much about the label, though. Most of these kids will never report to their immigration hearing once they’re released by the Border Patrol, so whatever you call them, they’re here to stay.”