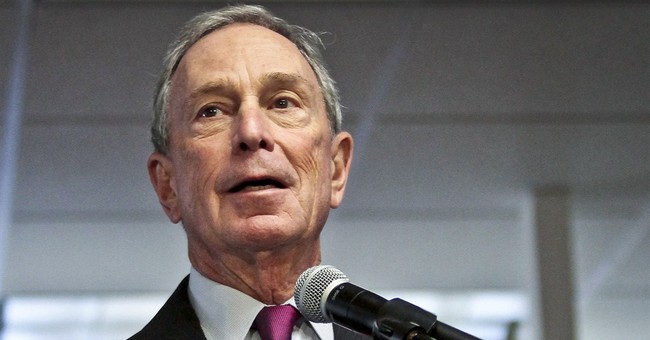 The questionnaire results will determine which candidates Everytown will back in the November midterms based on how they vote on gun-related issues.

This 10-part survey will ask Senate and House candidates and incumbents alike to give a public stance on issues such as toughening current gun-trafficking statutes, regulating certain ammunition magazines, and expanding background checks on buyers.

Everytown has been very vocal in its effort to rival the National Rifle Association (NRA). Earlier this year, Bloomberg pledged to spend $50 million to support candidates who will actively counter the NRA and support stricter gun laws:

[Bloomberg] pledged $50 million to his new group Everytown for Gun Safety, an umbrella organization for his two other gun control groups: Mayors Against Illegal Guns and Moms Demand Action for Gun Sense in America. It aims to make the political climate more supportive of gun control.

Bloomberg has promised to spend more than double the roughly $20 million the NRA spends annually on political campaigns. Still, NRA spokesman Andrew Arulanandam said it will be difficult for Everytown to counter the political network and clout that the NRA, with its 5 million dues-paying members, has built up over decades.

Based on how each congressional candidate responds, Everytown will use the answers to rally voters for or against them. The group will also bring to light any previous statements or past legislative votes the candidates have made regarding firearm limitation.

However, “Everytown For Gun Safety” does not aim to promote ”gun safety” as its title suggests, but rather to promote its own political agenda of limiting law-abiding citizens’ Second Amendment rights.

Remember, this is the same organization that published misleading data last month claiming that an average of 1.37 school shootings have occurred every week since the 2012 tragedy in Newton, Connecticut.

Posting falsified statistics in order to evoke emotion is not the way to win credibility points with voters. Perhaps this survey will inform citizens of which candidates will support their constitutional rights.